Samsung is having a hard time keeping a lid on its secretive new Galaxy S7 and Galaxy S7 Edge smartphones.

A video showing off what is apparently a new Galaxy S7 Edge model recently popped up on Dubizzle, a classifieds website based in Dubai. The phone was listed for sale, but it's unclear if this is a genuine offer or simply a sneaky marketing tactic from Samsung. 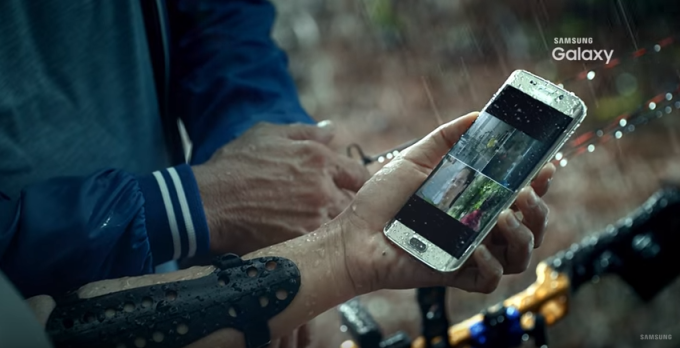 It's reported that the video was mistakenly first posted on YouTube by Samsung Indonesia, before being spotted by various websites. The video shows off the water resistant abilities of Samsung's upcoming flagship smartphone, a feature that's been rumored in the past and would give Samsung an edge over Apple's non-water resistant iPhone 6s.

The video depicts a user operating the phone during the pouring rain, and also briefly shows off the camera, which is said to have 12-megapixels. However, a note apparently from Samsung also warns that the phone is not water resistant and that the video is just a dramatization. Even so, it's unusual that Samsung would make this very official-looking video if it isn't planning on releasing a water resistant phone. Perhaps the company is just trying to deflect attention?

What we do know is that Samsung will definitely reveal its Galaxy S7 and Galaxy S7 Edge at a media event scheduled for this February 21. Following that, the smartphones will go on sale for those who wish to pre-order on February 24.

Samsung's Galaxy S7 is expected to feature a 5.1-inch 1440 x 2560 quad HD display with Super AMOLED, while the higher-end Galaxy S7 Edge will come with a larger 5.5 inch curved display with the same resolution as the Galaxy S7. It's also rumored that both smartphones will incorporate a new display technology called ClearForce, which is similar to the iPhone 6s's 3D Touch features.