U.S. home prices rose 7.5 percent to a median sale price of $273,000 in March as home sales made a strong showing, up 8.9 percent over last year, according to Redfin (www.redfin.com), the next-generation real estate brokerage.
The number of homes for sale fell 13 percent compared to last March, marking the 18th consecutive month of annual supply declines.
2017 remains on track to be the fastest housing market on record. The typical home that sold last month went under contract in just 49 days, making it the fastest March Redfin has recorded since 2010. A year earlier, the median time on market was 60 days. 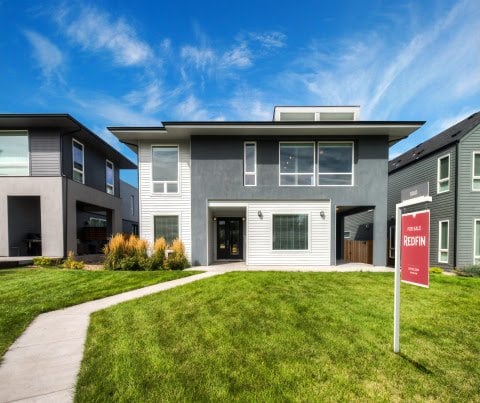 Nearly one in five (19.1%) homes that sold in March went under contract within two weeks, and 21.7 percent of homes sold for more than their list price.

To win a home in a hot market this year, Redfin agents recommend buyers provide assurances to the seller and listing agent by working with a local, reputable lender and catering to the seller’s needs.

“As a seller’s agent, the first thing I do when I receive an offer is ask who the lender is,” said Redfin agent Tiffany Aquino in Woodbridge, Virginia. “The best offers come from buyers who are pre-approved by a local lender with a strong reputation for speed and reliability. If I’ve worked with the lender before and know they can fund the loan and close on time, I am sure to highlight that for my client.”

“Offer a free 60-day rent-back up front,” said Adrienne Kieschnick, a Redfin agent in Dallas. “Many sellers are attempting to time the sale of their home while also trying to find a replacement home in a competitive market. The easier you make the seller’s life, the more attractive your offer becomes.”

To read the full report, complete with data and charts, please visit the following link: https://www.redfin.com/blog/2017/04/march-2017-real-time-housing-market-tracker.html
About Redfin
Redfin (www.redfin.com) is the next-generation real estate brokerage, combining its own full-service agents with modern technology to redefine real estate in the consumer’s favor. Founded by software engineers, Redfin has the country’s #1 brokerage website and offers a host of online tools to consumers, including the Redfin Estimate, the automated home-value estimate with the industry’s lowest published error rate. Homebuyers and sellers enjoy a full-service, technology-powered experience from Redfin real estate agents, while saving thousands in commissions. Redfin serves more than 80 major metro areas across the U.S. The company has closed more than $40 billion in home sales through 2016.