A New Wave of Foreclosure Hotspots?

Property markets throughout the US are well on the way to recovery from the foreclosure crisis, but others are only just beginning to be badly affected, and their locations might come as a bit of a surprise. 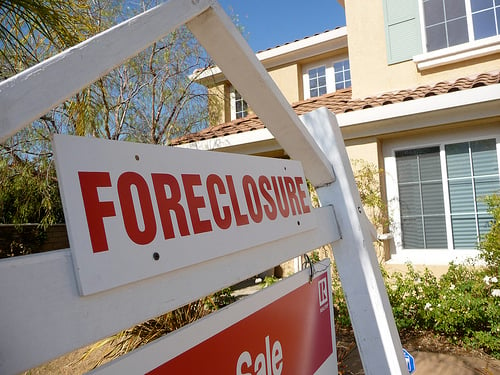 After the housing bubble burst, states such as New Jersey, Oregon and Maryland managed to remain relatively stable. But in July the number of new foreclosure filings reached into double and even triple digit percentages, according to the article in CNN Money.

The figures from RealtyTrac show that new foreclosure filings in Maryland increased by an incredible 275% compared to a year ago. This state now has the dubious pleasure of having the second highest foreclosure rate in the country, with the first being Florida. New foreclosure filings in Oregon increased by 137%, and in New Jersey by 89% year on year. According to the experts, these figures are partially due to government intervention that took place several years ago and which was aimed at helping these markets.  During the height of the housing crisis, court rulings and state legislation managed to keep foreclosure activity relatively low in these states, but now the recovery is well underway the banks are beginning to catch up, and the increase in foreclosures is perhaps inevitable.

One example quoted in the article focuses on the differences between Virginia and Maryland. The government in Virginia did not to try to prop up the market during the housing crisis. As a result foreclosure rates were initially high, and by the end of 2008 Virginia had the 10th highest foreclosure rate in the country. However the end result has been that the state has managed to get back on its feet much more quickly.

It was quite a different story in Maryland, as the state took extensive measures to ensure foreclosures were properly handled. This did mean that many people's homes were saved, but it also meant that many foreclosures were simply postponed. Another important difference between these two states is that Maryland is a judicial state, and  foreclosures must be court approved. Virginia is a non-judicial state so the foreclosure process is a lot quicker. Rhode Island and New Jersey saw big increases in the number of foreclosures last month, and both are judicial states.

Throughout the country, the number of new foreclosure notices last month increased by 6%. This means that overall foreclosure filings are 2% higher than a year ago. However certain states such as Georgia, Illinois, Pennsylvania and California now have foreclosure filings that are nearing levels seen before the housing crisis.