Berkeley Group Holdings Plc (BKG) plans to convert 90 offices in the City of London financial district. The homes, located in the Roman House, will be part of an expansion of the building from six stories to eight stories, and will include homes ranging from studios to three bedrooms. 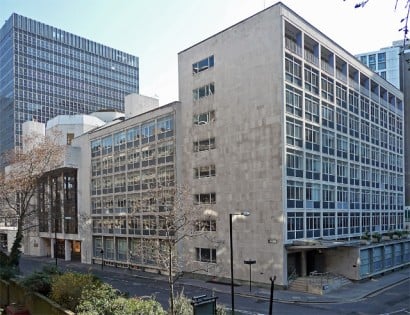 Berkeley Group acquired the 8,600 square meter property in a 10 million-pound ($15.6 million) deal back in 2010. Constructed in the 1950s, the office building has been vacant since 2007. In the planning statement, available on the City of London website, designers Rolfe Judd Ltd. said of the project, “The development will provide much-needed residential accommodation, which reflects local housing needs.”

Berkeley Group Holdings Plc is the U.K.’s largest builder in terms of economic value. It was named “Britain’s Most Admired Company” in 2011 by Management Today. The company specializes in urban regeneration and aims to build more than 95% of its developments on brownfield land, industrial or commercial properties that have been abandoned or underused.

Founded in 1976, Berkeley Group has grown to become one of the most successful builders in the U.K. with a value of over  £67 million. It has weathered the turbulent storms of the current housing market by concentrating its development efforts on London and southeast England. At a time when much of the City of London’s financial district is being sold to foreign investors, many may welcome a new locally-owned development.