Commercial loans have been weak although residential loans have returned to health. However, commercial loans are returning to health. The payoff rate for maturing securitized commercial mortgages improved to 68.0% in June, up from 65.3% in May, marking the second consecutive month the rate was below 70%. That resulted in the year-to-date payoff rate for commercial mortgage-backed securities dropping to 78.5% from 85.1% two months ago, and Morningstar Credit Ratings, LLC estimates for the remainder of the year, the rate will fall to 70%. Many aggressively leveraged legacy loans made between 2006 and 2007 affected by poor underwriting and a decline in cash flow will be unable to be refinanced.

By collateral type, the weakness over the past two months has been concentrated in retail, office, hotel, and industrial, each of which averaged sub-70% payoff rates and represented the overwhelming majority of maturing loans with more than 80% of the unpaid balance combined. Multifamily and mixed-use, both of which had average payoff rates in the mid-80% range during the May-June period, represented a small portion, less than 15% combined, of the balance of maturing loans.

Commercial Loans are weak but have been improving over the past couple of months. The volume of CMBS loans due for repayment in June surged 77.4% to $9.03 billion, up from $5.09 billion in May, and easily exceeded the previous 2016 high of $8.41 billion achieved in January. The 2006 vintage, with a 70.4% payoff rate, represents the majority of maturing loans, with more than 85% of June’s balance. 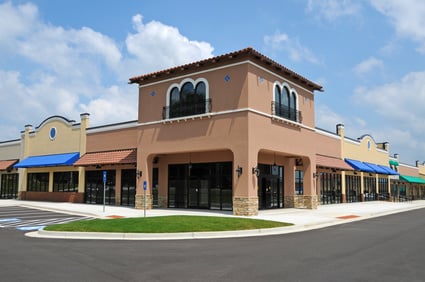 In June, 479 loans with a combined balance of $6.14 billion paid in full at maturity. Matured loans reported as delinquent in payment status (regarding monthly payments) accounted for 18.7% of June’s total, and includes two loans with balances of more than $100 million. While the $132.3 million Times Square Hotel Portfolio loan in DBUBS 2011-LC3A was reported as delinquent post maturity, the loan paid off prior to the publication of this report. Conversely, it's believed the $101.5 million Southern Hills Mall loan, which is also delinquent post maturity, will likely incur more than $13 million in losses because of flat net cash flow since issuance and no amortization. The loan, 24.1% of BACM 2006-3, is backed by a 573,370-square-foot regional mall in Sioux City, Iowa. The mall’s owner, W.P. Glimcher, a Columbus, Ohio, real estate investment trust, indicated in a January 2016 investor presentation that it was allowing the Southern Hills Mall and four other regional mall loans to move to special servicing on or before their maturity dates because the properties did not meet the company’s internal rate-of-return benchmark.