Condo developers are increasingly beginning to transform churches into condominiums.

“The same qualities that once made churches cultural and artistic centers – their central locations in neighborhoods, their size, their vast windows, and cavernous chambers – also make them perfect for a real estate market that commodifies light and space in a crowded city,” reports Curbed. 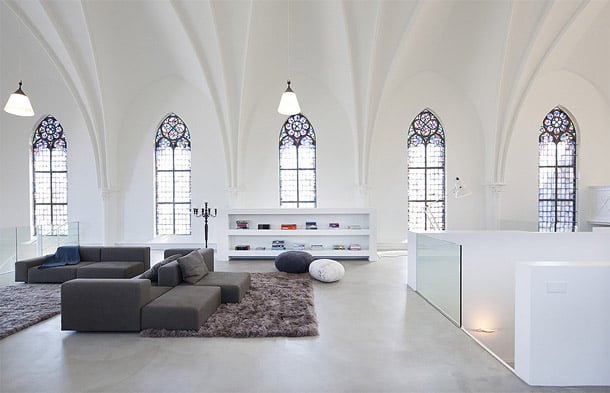 The trend comes as dwindling attendance numbers force churches across the country to start downsizing, with many opting to sell their old buildings in favor of building newer ones. Indeed, religious construction is set to increase in this year according to The Wall Street Journal. Also, in 2014, there were a record breaking 1,502 sales of religious buildings, almost double the 889 sold in 2010, says The Christian Post.

Still churches aren't exactly cheap to renovate, even for developers. One example is the sale of a former Christian Science Church in Newburgh, New York, which was purchased by retired aerospace engineer Mike Lidgus for $30,000 from the government. His renovation costs, which include a new slate roof and copper piping, have already surpassed $90,000.

But developers are betting on the aesthetics of converted churches as a big draw for prospective condo buyers who like lofts. Converted churches generally feature high ceilings, lots of big windows and excess living space that make them highly attractive for many buyers.

Churches are also filling a gap in the industrial space market, where properties are hard to come by these days, said Sharon Butler, a painter who previously kept her studio in a church in Old Mystic, Conn.said

"Churches are sort of undiscovered,” Butler said. “You can find a really big space and they’re relatively inexpensive, because who else is going to buy it?"