Condos Pique the Interest of Investors and Developers Once More 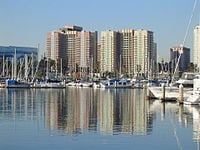 For some cautiously, for others at full speed, condominiums are making a comeback in US urban markets as buying is once again more attractive than renting. Investors and big developers turn their interest to residential condos, as apartment rents go up and the real estate market slowly recovers.

After six years of a complete halt on residential condominium sales, towards the end of 2012 investment sales for this type of property started to slowly recover in markets such as Boston, San Francisco and New York. The new year came with even more interest from analysts, investors for the now re-emerging condo market, their eyes being lured in by large residential and commercial developers that announced new condo development projects in areas that have been considered overbuilt markets, like South Florida or Las Vegas.

The increase in demand is confirmed as both overall US condominium investment sales volumes and the average price per unit for new condo projects have reached record levels in the fourth quarter of 2012, the highest in the past seven years, as shown by data from CoStar.

Picking up on the recovery signs, large homebuilders such as Lennar and Toll Brothers are also planning on developing rental apartments and for-sale condos as a means of diversifying their portfolios. Toll Brothers, a leading luxury homes developer, has officially announced a major push into the condo market, a move marked by the acquisition of a development site in downtown Bethesda, MD, where they plan to build a seven-story building with 60 luxury condominiums and underground parking.  They also plan to build luxury condos and retail space in New York, and acquired 953-961 First Avenue between 52nd and 53rd streets in the Midtown East area, and 82 King Street, between Hudson and Varick Streets, in SoHo, to accommodate their development plans.

Another major player, The Related Group, with their losses in South Florida still fresh in their minds, are also returning to the market, but are taking a cautious approach, while focusing on retail and office space developments in Miami. Related thus decided to buy a 1.3-acre high-rise mixed-use development site in Miami;s Brickell financial district for $18.5 million

New development projects have also been announced for supply constrained markets like San Francisco.  Trumark Companies acquired six sites where it will build mid- and high-rise condo projects, with more than 500 units planned. The project requires an investment of over $300 million.

But as Trumark principal and co-founder Gregg Nelson explained,  the demand for urban housing is on a rebound as the economy strengthens, more so in top tier markets like San Francisco. Yet up to now all new developments have been rental housing.

"We see an exploding opportunity, and an exploding demand, for for-sale housing in core urban areas because there's almost a complete lack of supply," Nelson said. Polaris Group data supports his idea of a non-existent supply, showing a forecast of 200 units per year through 2015 for new condominiums, and that is for a city with close to a million residents.

Trumark's condominiums have a specific target in mind, younger tech company workers and retiring baby boomers who would trade larger residences for owning property in San Francisco, as explained by Michael Maples, who co-founded Trumark with Nelson in 1988.

The new demand for condos and the large number of development projects is the result of a recovering housing and job market in urban metro areas such as San Francisco and Boston. As rents are going up fast in some markets and mortgage rates drop, buying is once more becoming more sensible than renting.