Will Foreclosures Cost Obama the Presidency? 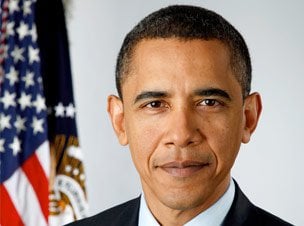 A lot of back and forth has gone on this election year between the GOP and the Democrats. America, much like this election night, reveals a nation at odds with itself over what course is best. For incumbent Obama, it just may all boil down to what fueled the Great Recession in the first place - a housing market gone mad. Will Romney take the White House over Obama's cautious approach to cleaning up the housing disaster?

A New York Times article from a couple of months ago points to President Obama's mild mannered approach to the foreclosure situation as one possible way a once ultra popular president may lost this election. Binyamin Applebaum all but beats the incumbent president over the head with what amounts to casting voters who lost homes adrift. Without the metaphors, Obama essentially left billions in approved funds sitting in the federal coffers while thousands of American homeowners went under, their American Dreams shattered, maybe forever.

While this sort of rhetoric sounds a bit cutting and brutal, anyone now renting two rooms, with their furniture in paid storage or in family garages, would say my wording is mild. And those people have those relatives storing their hard won Earthly possessions, if not a travel trailer out back actually housing their forlorn family members.

While journalists have their journalistic license to tote opinion, politicians always seem to carry shotguns with both barrels loaded for the opposition. California Democratic Zoe Lofgren, whom Applebaum first quotes, I requote here:

“They were not aggressive in taking the steps that could have been taken. And as a consequence they did not interrupt the catastrophic spiral downward in our economy.”

Please note Lofgren is a Democrat. And all politics aside for the moment, I would vote for her just on the basis of having an understanding of what the truth is. Whoever was in charge when the worst recession since whenever hit hit, drastic, FDR, New Deal, no holds barred action was certainly called for. Let's face it, Barack Obama won the Novel Peace Prize, not in Economics. When all is said and done, Obama should have listened to Hillary Clinton and others yelling; "Buy those mortgages form the banks!" It didn't happen, obviously.

Then there was the opportunity to revamp the bankruptcy code. Essentially rewriting bankruptsy law to let courts cut mortgage debt would have made mortgage holders help homeowners. Obama nixed the idea putting nails in tens of thousands of coffins. While the excuses remain the same, the administration bending to a perceived taxpayer will that was against bailouts - the billions still spent on worthless fluff - Stalag-like border crossings with Canada to scare off terrorists - those things are never discussed.

Wait though. Obama's advisers did come up with rescue plans a plenty. The Huffington Post reported in September about a million mortgage modifications that failed. Arthur Delaney isn't any easier on the president than Applebaum was. Despite the spin the White House puts on HAMP, a million homeowners being bounced out of help by banks is nothing to be proud of. Lost or bumbled paperwork gets blamed, yet somebody's family actually hits the streets - and poverty row or a game of Russian roulette for all a president knows.

Am I sounding a bit too harsh here? Is a word lashing of a President bad medicine for a good guy who seems to be trying really hard? Is the evidence of  Mitt Romney's incapacity to do anything but feather more rich, fluffy pillows enough to re-elect Barack Obama? The sad truth is, yes. 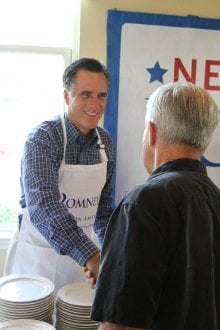 America is in one hell of a fix, excuse my French. We do live right across the border, you know. And they are broke too. The EU notwithstanding, President Obama is not the only mediocre leadership talent on the planet. Romney? He would win blue ribbons in every category if elected. Should the poor American public send Obama to the lecture trail, the Republicans' poster boy would ruin America for good. In my view.

Just as we have lots of evidence Obama probably should never have been made President, anyone who studied Romney can picture him at a press conference telling America BP Oil is in fact good for the Gulf of Mexico. Healthcare could be one of those things the "individual" should take care of, or not, depending on if they can afford it. For me this guy looks more like a good candidate for White House cook than Commander in Chief.

Romney would put health insurance companies out of business basically. Did you guys ever think of that? Huh? If Uncle Sam don't help John and Jane Doe pay for healthcare, they're going to use what little money they have to try and pay for insurance? Or chance a trip to the emergency room?

No rant here folks, it just seems to me America should have a write in ballot about now. Neither one of these men deserves to be President of the United States. But if you gotta choose one... try writing in Ross Perot.

2 comments on “Will Foreclosures Cost Obama the Presidency?”