So-called “blue states” or those that tend to vote Democrat, have the priciest homes according to new data from Realtor.com, though home ownership rates tend to be higher in traditional Republican strongholds. 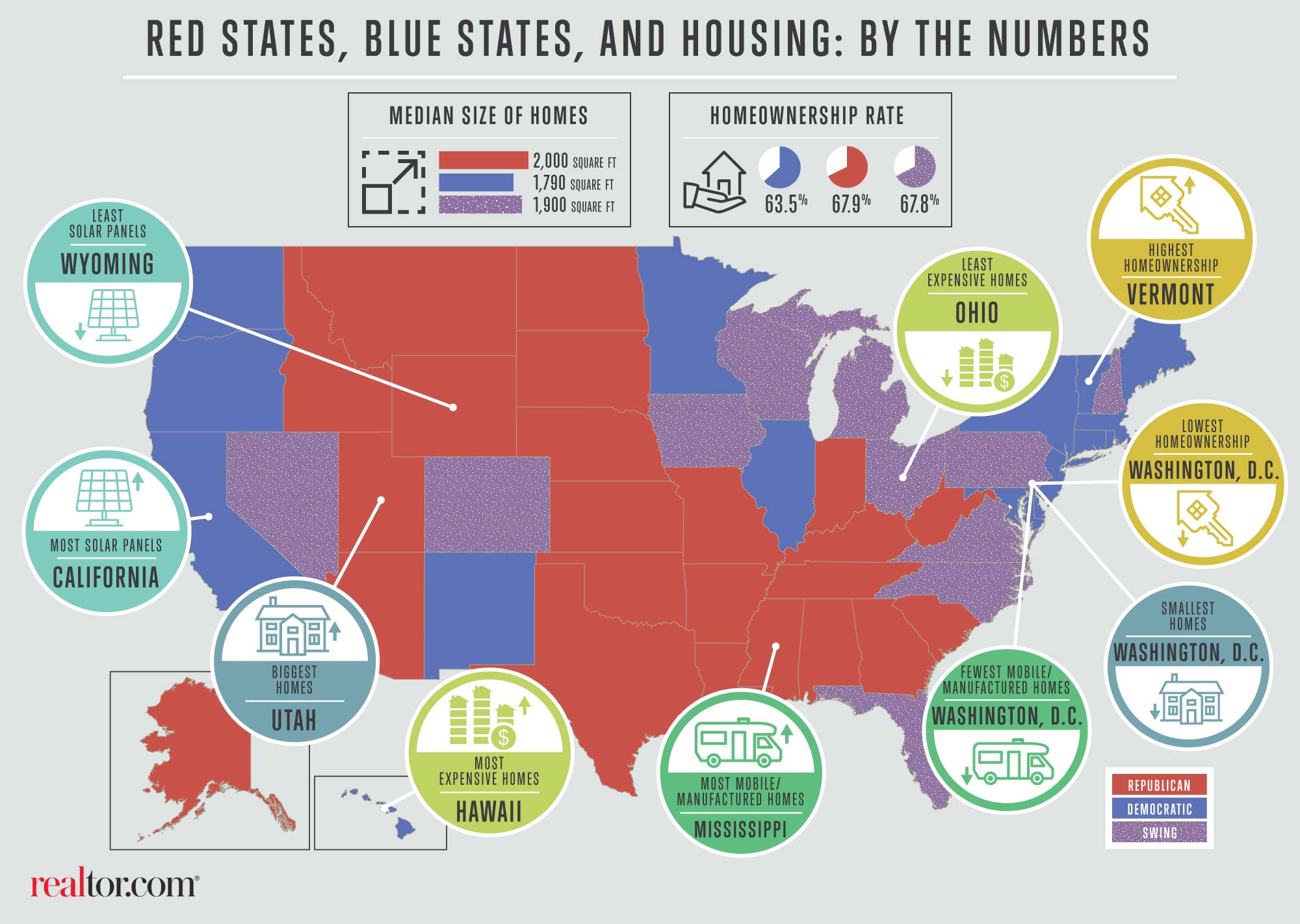 Those are the takeaways of a recent Realtor.com study which looked at the differences in housing between red states, blue states and swing states, where the vote tends to be more or less split between the two parties.

The biggest takeaway is that blue states have the highest median home values at $301,000, which is about 91 percent higher than some of the nation’s more conservative areas. Realtor.com says Hawaii, Washington, D.C., and California are the most expensive states in the country, and notes that “blue” states generally have higher incomes, which perhaps indicates why that’s so. In blue-dominant states, the median household income is $62,564, compared to just $50,820 in red states. In swing states, the figure is about half way between the two, at $55,524.

Interestingly, it’s the red states that have the highest rate of home ownership overall. Homes tend to cost less, and as such some 68 percent of households in Republican-dominated areas own their homes, compared to just 63.5 percent in Democrat strongholds. In swing states, the figure is 67.8 percent.

“Owning a home is more attainable in red states, because the cost difference [in home prices] is substantially more significant than the income difference,” said Jonathan Smoke, Realtor.com’s chief economist. “[And] you also get more in terms of space.”

Red states also tend to have bigger homes, the study found. That may be because land is a lot cheaper in the South and in more rural states, which generally tend to be red-leaning. In red states, the median listing is around 2,000 square feet, compared to 1,790 square feet in blue-dominated states. Swing states have a median square footage of 1,900 square feet.