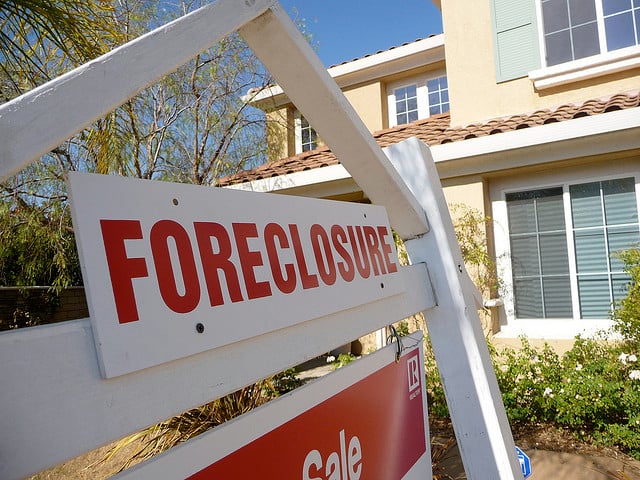 Since September 2008, there has been about 5 million completed foreclosures nationwide. In April, about 694,000 homes were still in some stage of foreclosure, known as foreclosure inventory. Inventory levels are down 35 percent year-over-year. The foreclosure inventory in April represented 1.8 percent of all homes with a mortgage, according to CoreLogic’s report.
At the current pace, “it will take 14 months to move all of the foreclosed inventory through the pipeline,” says Sam Khater, deputy chief economist for CoreLogic.

“We have now registered two and a half years of continuous decreases in the number of home owners who are in some stage of the foreclosure process,” adds Anand Nallathambi, president and CEO of CoreLogic. “This consistent decline means fewer Americans are experiencing the distress of delinquency and default.”

Every state – except for New York and the District of Columbia – reported double-digit year-over-year decreases in foreclosures, according to CoreLogic.

The following five states have the highest foreclosure inventory (as percentage of all mortgaged homes):