The price of German real estate has increased substantially over the last couple of years as more investors see Germany as a safer bet than elsewhere due to the Euro crisis. According to an article in Spiegel, this has led to some concerns that a property bubble could be forming. 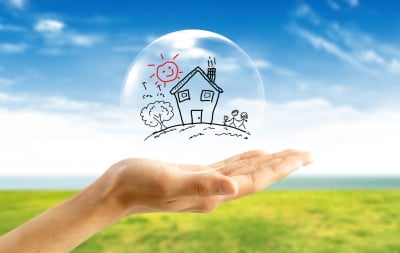 The article cites an example of an office building which went to auction early last month in central Berlin. The list price was just €48,000, but a fierce bidding war resulted in a top price of €90,000, and it was sold to an investor. Things weren't always so good for the German property market, as it spent many years stagnating. Prices of commercial and residential real estate finally began to increase in 2009, boosted by the financial troubles of other European countries. Over the last few years Germany has become something of a safe haven for both international and local investors.

According to the Organization for Economic Corporation and Development, values of German real estate increased by 3.5% to the year ending September 2011, and the average price for residential property increased by 5.5% last year. Although prices in rural areas are dropping or remaining static, major German cities are seeing price increases of between 10 and 13% for new and resale apartments.

Although these price increases are impressive, they cannot be compared to the previous real estate bubble in Germany which occurred in the mid-1990s. Most of the property is being bought by individuals rather than banks. However this does rely on the German economy staying strong as this has kept up demand for homes.Standard & Poor has predicted German residential property prices will continue to rise for another few years due to low levels of unemployment and low interest rates, so fears of a property bubble are looking to be unfounded.