Recent figures from the Canada Mortgage and Housing Corporation show there are hundreds of new condos in Calgary that are lying empty, according to an article in CBC.ca.

The figures show around 1500 new-build condos were vacant in Calgary last month and out of these more than 800 were apartment style condos. Apparently, Calgary hasn’t seen this kind of vacancy rate in 15 years with many of these new-builds being planned during an earlier boom. During 2014 there were a high number of condos just beginning construction, and it can take anywhere from 18 months to 36 months to finish this type of construction work. Consequently, experts say this is just a natural progression from what was a hot real estate market in 2014 into the slower real estate markets of 2015 and 2016. 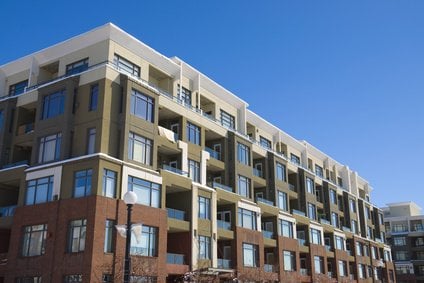 This surplus could be good news for buyers, with lower prices and incentives being offered along with a better selection. People looking to buy a new condo can now do so without having to wait for it to be built. Even though there are many unsold condos in Calgary, companies are still applying for permits to build more condo buildings, although often these projects are being put on hold.

In spite of it being a good time to buy, experts are also keen to point out that people need to think about the long-term view of property ownership. Some people have bought several condos with the intention of either flipping them or renting them out. Unfortunately, some have been caught out by the rental market. Where they were planning for the rentals cover all or most of their investment, this is not working out quite as anticipated as it’s become harder to find renters.

Additionally, it’s not expected that house prices will grow significantly this year while condo prices could fall by another 2%, according to the Calgary Real Estate Board. The condo and apartment sector has been hit hardest by the fall in prices, with prices dropping by 6% in 2016. It’s also been forecast that 18,335 homes will change hands this year which is a 3% increase compared to last year, but it’s still 12% lower than long-term averages.