Construction of apartments in the multifamily home sector has really taken off over the last decade, but single-family homes were still the fastest-growing type of rental property between 2007 to 2016, according to new data from rental listings service RentCafe. 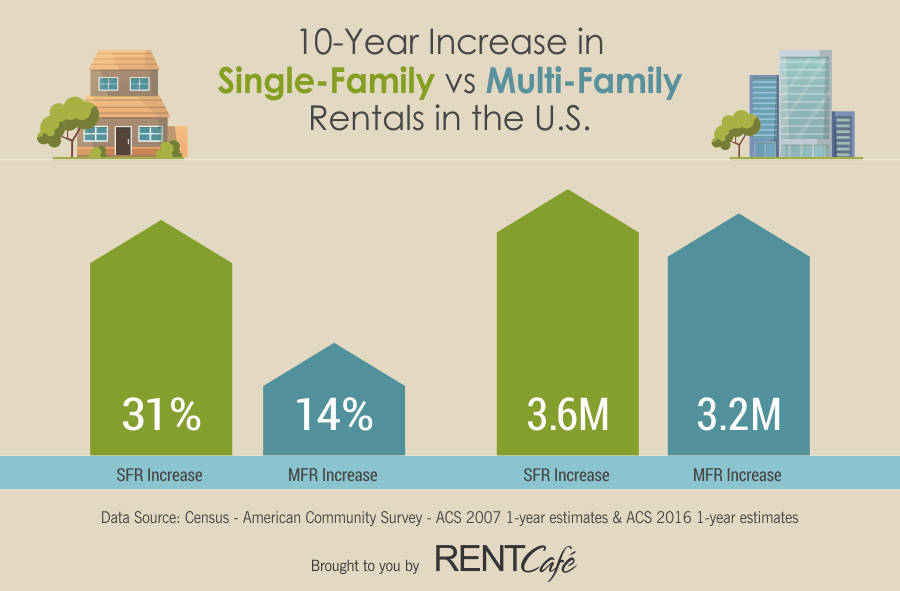 Los Angeles, however, boasts the largest existing single-family rental housing stock, followed by Philadelphia, Houston, and Phoenix, all with more than 100,000 homes for rent.

“While everyone’s been waiting for homeownership to fully regain its pre-crisis strength, single-family rental homes have become ‘Plan B’ for those anxious to break out of their apartments [but are unable to] buy a house yet, or have lost their homes to foreclosure, short sale, or financial setbacks,” RentCafe notes about the analysis on its blog.

Slightly more than half of the total number of single-family home rentals are occupied by families. Single-family rentals tend to cost, on average, about $1,000 more in monthly rent than an apartment.

Despite this growth, apartments still dominate rental housing stock, RentCafe notes: “There’s still a long way to go: As of 2016, the U.S. Census counted a total of 15 million single-family rentals versus 26 million apartments.”