Is US Real Estate Overvalued?

According to an article in Fortune, this could be the case. An analyst has claimed real estate prices are about 25% to 60% above where they should be.

They are making this claim due to concerns that the market is being supported by unorthodox capital. Prior to the housing crash, this capital came from international investors putting money into the mortgage bond market. Now property prices are being propped up by domestic institutional investors, as well as by purchasers buying second or third home or who are choosing to become landlords. Then of course there are foreign buyers who are interested in finding a safe haven for their money in the United States. 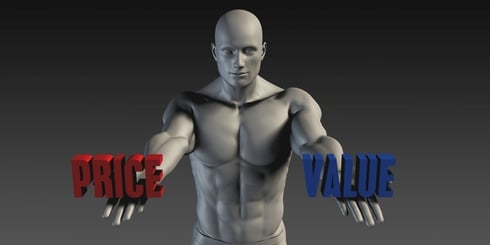 Apparently it is these factors which are possibly causing US real estate to be overpriced. Instead, the analyst feels the real value of a single family home should be the price that is calculated from the average homeowner putting down a 20% deposit, and who needs to only take out a mortgage resulting in a maximum of a 43% debt to income ratio.
Real estate in the Bay Area is cited as being a prime example as the average price of a home is $1.45 million and the average income in $180,000 a year. When a typical person’s debts are taken into account, including car loans and credit card loans, they would be able to afford a property costing just $778,000, meaning the average property is nearly 50% overpriced.

The concern is that once institutional investors fail to get the returns they anticipated, they will begin to leave the market, causing prices to fall. The article does point out that rental prices are high across the country and that this could be viewed as justification for the high property prices being paid by landlords. However there is a risk that rental prices could be in a bubble as well, particularly in areas such as Phoenix, Arizona where more than half of households cannot afford the average rent for a two bedroom home. That said, if rents were really in a bubble then this would probably have affected the formation of new households, but instead household formation has increased over the past few months.

The article feels a better explanation for high rents would be the lack of available land for building combined with a shortage of skilled workers which means builders are having difficulty keeping up with demand. If this is true then it would explain the reason for high house prices and why actual sales volumes of single family homes are low. In spite of this, the article does urge caution and thinks there could be enough reason to take this analyst’s concerns more seriously.