On UK property development scene, Jones Lang LaSalle will reportedly be the International sales agents for the new Battersea Power Station development. Situated right on the Thames, the site is one of London’s most famous landmarks.

The news tell of what will be the last riverside development in the city, an enormous project now selling the first phase known as Circus West. Agents will now be selling units to the Singapore and Hong Kong markets, according the news from Jones Lang LaSalle.

Residential and Development Director for the firm, Peter Murray, had this to say about the appointment of his company:

"We are thrilled to be associated with such a high profile and exciting iconic development and anticipate the development to be received with enormous success.”

The development will contain one, two, and three bedroom apartments, as well as; offices, shops, leisure and hospitality venues, not to mention some exclusive penthouses. The property’s design firm, Ian Simpson Architects and de Ryke Marsh Morgan (dRMM), have created smart architectural lines and function that will go from £338,000 for the studio apartments and range all the way up to £894,000 for a three bedroom apartments. The units are expected to be occupied some time in 2016. The image below shows a nice conceptualization of a part of the development. 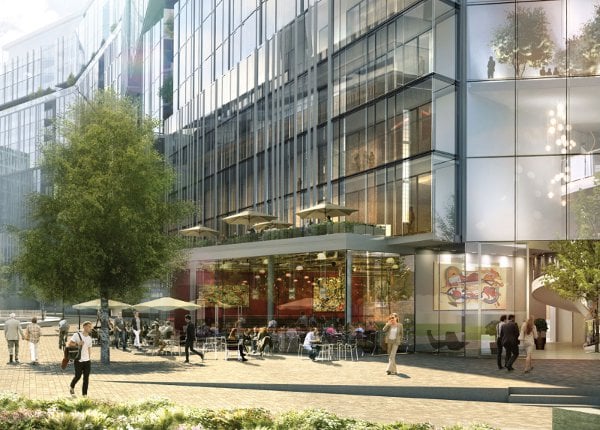 The first phase of the project, eight core buildings to the West of the 39 acre site, will be complete sometime this year. The opening of these is slated to come along at the same time Europe’s largest brick building, Grade II listed Power Station’s renovation is complete. For those who do not know, this is the largest surviving example of Art Deco architecture in the world.

Extending the neighborhoods of Kensington and Chelsea, this vast and exclusive new neighborhood really transforms an industrial age unsustainable relic into homes and a community for the future. For those who talk about renewed developments, clearly this engaging new plan is a step above. With its own stage one station connecting Heathrow and Gatwick, boutique shopping galore, and a myriad outdoor and indoor entertainment array, it's no wonder International sales teams were formed.

The video below shows the vision.