Mel Gibson is one of Hollywood’s most diversified talents. From action hero to comic to high drama, directing and producing, he has made an indelible stamp on the industry. From his start in Australia with the film “Summer City” in 1977, to his latest, “Blood Father,” to be released later this year, Gibson’s films have made over $2.5 billion in box office sales in the U.S. alone. Now at age 59, he still continues to make at least one film a year and keeps up the busy pace. 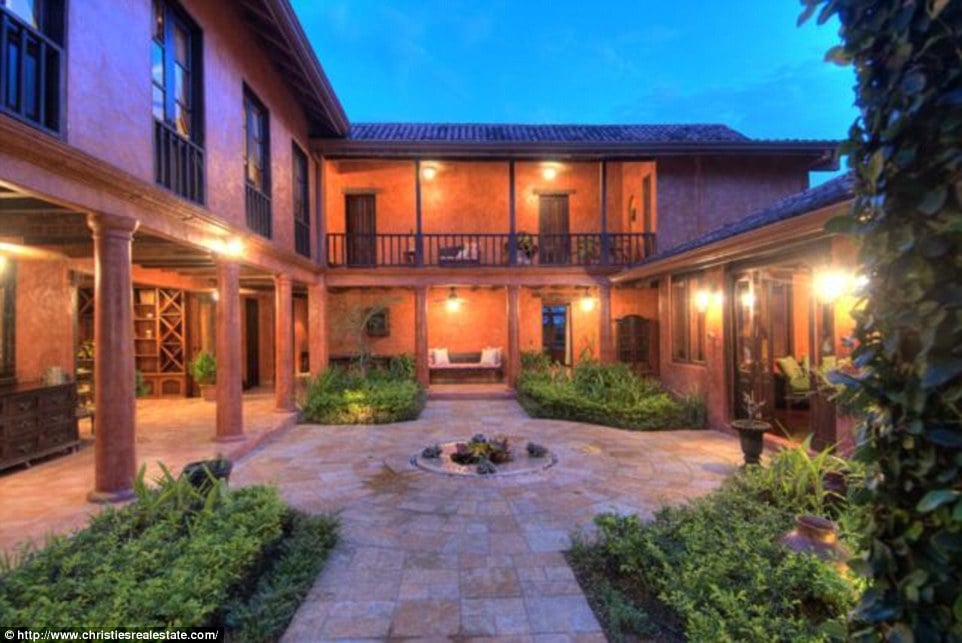 There’s no denying Mel Gibson’s passion that sometimes gets him into trouble. Masculine and sexy, he exudes fire in everything he touches be it acting, producing, arguing or picking great real estate. Like fellow celebrities Ellen DeGeneres, Brad Pit and Diane Keaton, Mel has been a serial real estate collector including a Spanish-style hacienda with a life-size chess board and three guest houses in Malibu; his own island in Fiji; a 15-room mansion on 75 acres in Greenwich, Connecticut; a Montana ranch on 45,000 acres; and a farm in Victoria, Australia.

Gibson’s roster of real estate over the years has shown a common thread. The homes are large and expensive, but the common denominator is exceptional landscaping that shows Mel’s love of nature. Several of Mel’s homes have been in settings of cultivated jungle and gardens such as his oceanfront Costa Rican retreat on the Nicoya Peninsula Pacific Coast.

Costa Rica is well-known as the original getaway outpost for semi-expat Americans when having an off-shore home became a practical alternative to Florida and California. Still rated by the Happy Planet Index as the happiest country in the world, Costa Rica has safe streets, nice weather, good medical care, a thriving economy and is only a 2.5 hour flight to the United States. When Gibson decided the country was a good place for a real estate investment, he didn’t just look at cookie-cutter mansions or penthouse condos. Instead, he bought a 500 acre portion of land with one of the largest and most beautiful white-sand natural beaches in Central America.

Mel’s compound includes three homes with each of the smaller single-story homes having two bedrooms, vaulted ceilings, kitchens, verandas and their own swimming pools. All are built for the tropics with wide expanses open to the outdoors to collect the ocean breezes. The main two-story hacienda-style residence overlooks the long, wide beach and has seven bedrooms, eight bathrooms, a large courtyard and pool.

Perfect as a private paradise or a developer’s dream come true. Originally listed for $35 million in 2010, Gibson has re-listed his Costa Rican jungle hideaway for $29.75 million. The listing agent is Rick Moesero of Christie’s International Real Estate in Palm Beach, Florida.