Memphis in the spring is always wonderful. The big festival of Memphis in May is coming soon but that's not the only thing going on in Memphis for the spring. Coming this weekend is the St. Patrick day celebration that will be in full force on Beale Street. Although Beale Street is well known for all of its blues and rock-n-roll bars, the parade on Saturday is completely kid friendly. Not on the street but behind closed doors and in tents there's plenty more going on for the over 21 crowd. 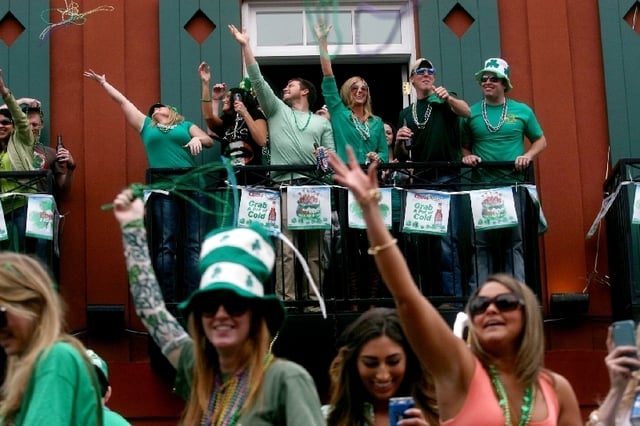 Starting on Friday, you can head over to the New Daisy Theater for $1 green beers while being entertained by DJs whipping up dance, electronic, and mash-up music with a special but unannounced guest appearance.

The Saturday parade is sponsored by Silky O'Sullivan's and they deliver the Irish experience every day. After the parade, you can head over there for the Raising of the Goat along with plenty of food and beverage specials.

The Celtic Crossing wants to be party central this weekend with a party tent set up outside and Irish dance music by Jim and Larkin at noon and 5 p.m. That's just the warm up moving towards March 17. On Monday (March 16) Celtic Crossing continues the Irish music and the Celtic Crossing adds whiskey tasting to the menu. On St. Patrick's Day, you might want to change it up by heading to the Cooper Young's Irish Pub where you'll find music, green beer, specials, and giveaways starting at 10 a.m. and going until 2 a.m. You'll also find Irish celebrations at Flying Saucer, Lafayette’s Music Room, and Kooky Canuck. Certainly, there will be St. Patrick's Day celebrations going on all around the city of Memphis.
Memphis in May

This is your early warning to start planning for Memphis in May. It's a month long festival that kicks off with the Beale Street Music Festival on May 1. Memphis in May is an international festival and this year it celebrates Poland with a salute starting on May 4. The World Championship Barbeque contest runs from May 14 through May 16. If you're a foodie, you certainly don't want to miss this event. Memphis in May starts winding down on May 23 with the Sunset Symphony Grand Finale. That's a natural for a city known for its music.

The Beale Street Music festival has a long list of headline performers scheduled. Among them are:

You'll want to be among the 100,000 expected to attend Memphis in May from around the world to be entertained by an outstanding and diverse list of musical acts.