It takes balls to name a musical "Memphis" after the home of Rock 'n Roll and R&B but that's what it is, a ball of energy. Fresh off of Broadway and a 55 city North American tour, the story of 1950's Memphis is now playing at the Shaftbury Theater in London. Based on the birthplace of Rock 'n Roll and R&B it tells the story about a love affair between a fictional white DJ Huey Calhoun and an up and coming black singer Felicia Farrell. 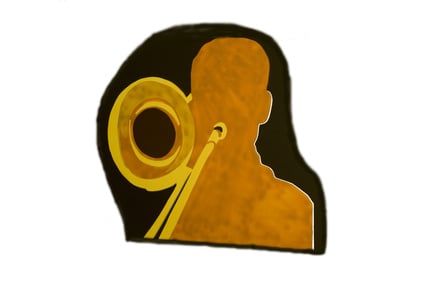 They meet one fateful night on Beale Street and despite the objections of both bigoted families, they embark on a dangerous affair. Along with the bigotry of the 1950's, their love is confronted by the challenges of both of their aspiring careers. The love affair persists despite the pressures of an unaccepting world and personal career ambitions.

Loosely based on the story of the first white DJ to play black music, Dewey Phillips, it plays out against the turbulent backdrop of the divided cultural of the time. What would eventually transition into the Civil Rights Movement, the musical "Memphis", explores where it all began with the introduction of Black music onto white mainstream radio. Placed in the city that is home to the National Civil Rights Museum, this is the perfect backdrop to highlight the coming-to-grips of two cultures that struggled for centuries to get along despite being economically and socially bound to each other.

At the black underground bar named Delray's, the white clerk from a Memphis music store discovers the music that will influence the rest of his life and music career. After losing his job for playing black music in the store, he goes on to become the top DJ in the region. Some credit Dewey Phillips (DJ Huey Calhoun in the musical) as being among the first to begin breaking down racial and social barriers and paving the way for the musical revolution to come.

Playing on Broadway from 2009 until August of 2012 and 55 other U.S. cities, Memphis the musical won four Tony awards in 2010 including Best Musical. Starring Beverly Knight and Killian Donnelly, the musical Memphis is now playing in London. The Guardian calls Killian Donnelly a "Revelation", the Evening Standard says Beverly Knight is "Sensational", and the Daily Telegraph calls the entire play "Roof Raising". In reference to the great musical "West Side Story" and the western hemisphere civil rights movement, the Daily Telegraph warns that "CHANGE IS A'COMING TO THE WEST END".

Although it deals with the serious and heavy subjects of race, civil rights, bigotry, and the beginning of a blending of cultures, the musical is much more about high-octane entertainment than the Cultural Revolution that was to follow where the story leaves off.

2 comments on “Memphis the Musical”