Just recently Microsoft revealed its new smart thermostat called GLAS and which is powered by its Cortana digital assistant.

At the moment, not much is known about the thermostat but an article in Tech Times points out that it looks as if Nest, which is one of the best-known smart thermostats will soon have a real challenger. To create this new thermostat, Microsoft partnered with Johnson Controls. Apparently, the thermostat can detect the presence of people and can collect air quality data for both indoors and outdoors, sending usage reports each day. The fact that it provides daily reports allows users to create the ideal atmosphere in a room as GLAS can intelligently change the room temperature. It also looks as if this particular smart device is aimed at businesses and not just at private homeowners. 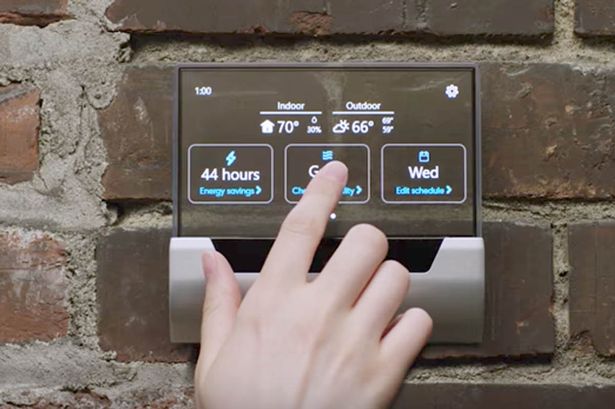 The device is powered by Windows 10 IoT Core OS, has Cortana’s control features and Microsoft’s Azure cloud computing platform. The article highlights the fact that with Cortana embedded into the smart thermostat, users do not need to speak to a smartphone or smart speaker to change temperatures, a feature that will give it an edge over its competitors. GLAS has an aesthetically pleasing design, featuring a translucent touchscreen but as yet its price is unknown as is its release date.

The article reminds readers that Home Hub is a new Windows 10 feature that will allow the company to compete with Amazon Echo and Google Home. Cortana’s voice controls are expected to play a major part in Microsoft’s plans for smart home devices, which is apparent with its integration into this smart thermostat.