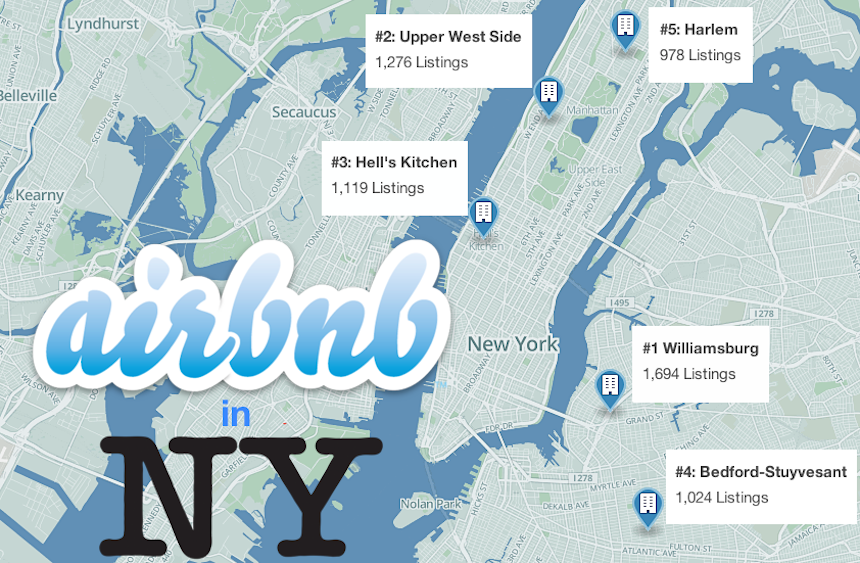 The law allows authorities to fine landlords who advertise rentals for fewer than 30 days in multi-unit buildings – something that violates state laws. However, such rentals are allowed if the host of the building remains present on the property, state law decrees.

“New York is taking a bold step that will hopefully set a standard for the rest of the country and other countries in the world that are struggling with the impact of Airbnb on affordable housing,” said Linda B. Rosenthal, a Democratic assemblywoman in Manhattan who sponsored the bill, to The New York Times.

New York City is important for Airbnb as it also happens to be the website’s largest U.S. market. Last year, New York City generated around $1 billion in revenues for the website, the NYT said.

However, Airbnb argues that New York’s new law violates the company’s constitutional rights to free speech and due process.

It says the law “would impose significant immediate burdens and irreparable harm on Airbnb.”

“In order to be assured of avoiding liability, including potential criminal prosecution, Airbnb would be required to screen and review every listing a host seeks to publish,” it continued.

Instead, Airbnb has offered to remove repeat offenders from its website, ban multiple listings from a single host, and set up a registration for hosts.

The law came into force after New York’s lawmakers said Airbnb is threatening the city’s real estate market. Landlords are increasingly turning to Airbnb’s short term rentals as they’re more profitable, which means less long-term listings are available in the city. And those landlords that do still make their properties available for long-term renters are taking advantage of the shortfall in such properties by increasing their rents steeply.

Airbnb has “been flagrantly violating a law that’s been in place for six years,” Rosenthal insisted. She says she hopes the fines would prompt apartment owners to open up more units to long-term tenants.

Airbnb has seen explosive growth in recent years, tripling its value in two years to $30 billion. It has been waging several legal battles across the country against any regulations that would cause it to lose the number of hosts on its platform.