Neighborhood-focused social networking sites aren't new; Foursquare, EveryBlock, and AOL’s Patch.com have all attempted to claim the hyperlocal space. The new kid in town, 3-year-old Nextdoor, claims more than 53,000 "microcommunities" across the United States, representing more than 35 percent of the neighborhoods in the nation. Users must enter their e-mail address and physical address to join. 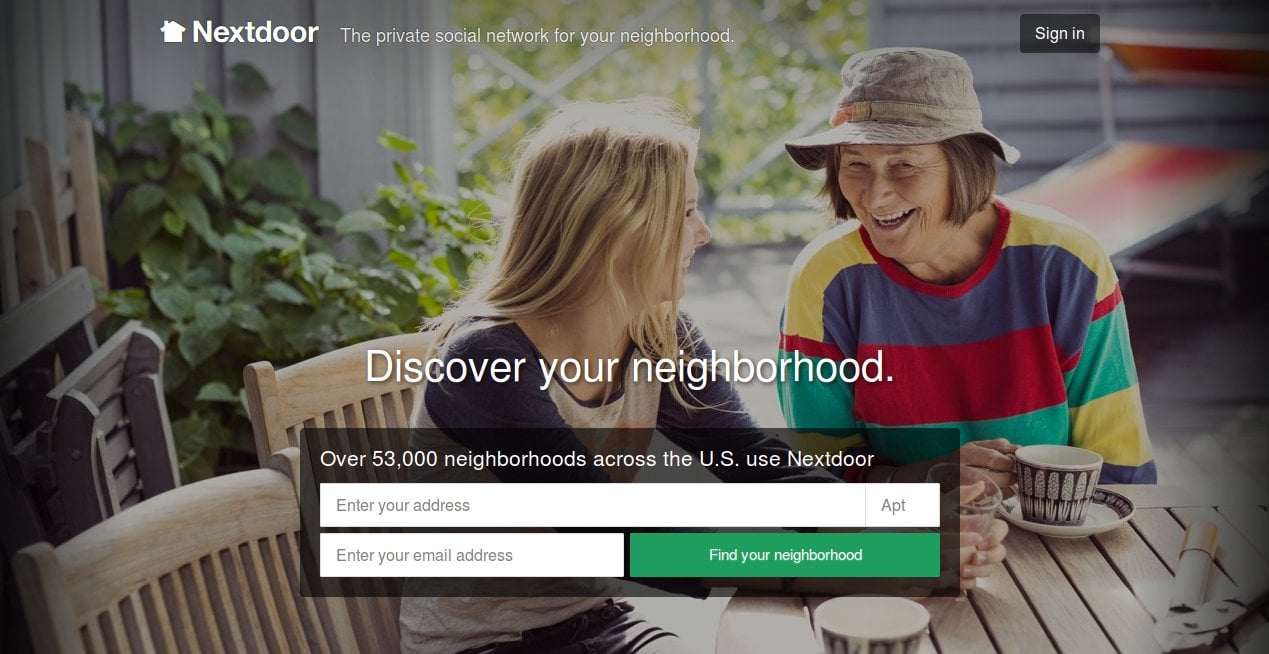 Nextdoor is more of a local information hub than it is an attempt to overthrow Facebook. For example, the New York Times reports that Nextdoor is already working with about 650 local government agencies to help disseminate information about utility shutdowns, crime alerts, or emergency-preparedness tips.

Executives at Nextdoor say that the way users interact on the site is markedly different from most social networking sites, hyperlocal or not. Nirav Tolia, chief executive of Nextdoor, told the New York Times recently that one-fifth of the five million messages exchanged each day on the network are neighbors recommending services to one another, and that around 80 percent of those posts are discussions about local service providers and businesses. As the company announced last Wednesday that it had raised $110 million in venture capital and that it's been valued at about $1.1 billion, Tolia tells the Times they're looking to take advantage of the commercial bent of those discussions.

"[Nextdoor] may use those recommendations to help sell ads to the companies being recommended," The New York Times reports. "Nextdoor could, for example, offer users the ability to book a highly recommended plumber or tutor directly from its network, and then take a cut of the fee for the service."

Nextdoor is already operating more like a neighborhood information hub than it is a hyperlocal version of Facebook. For example, the New York Times reports that Nextdoor is already working with about 650 local government agencies to help disseminate information about utility shutdowns, crime alerts, or emergency-preparedness tips.

"When people use Nextdoor, they're not looking to post a cat pic, they're looking for services, looking to sell things," Bill Gurley, a partner in the venture capital firm that invested in Nextdoor, tells the Times. "From an advertising standpoint, context matters."