Real Estate Marketing & Beyond
Home » Housing » US Real Estate » What Should I Do If Rats Invade My Home?
Double-click to edit button text.
X

What Should I Do If Rats Invade My Home? 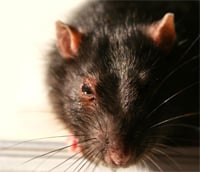 Rodents, including rats and mice are a huge problem for many homeowners in the United States. They spread disease, cause large and disruptive infestations, and are a general nuisance in anyone’s home or place of business. Getting rid of them can certainly be a daunting task, and it takes a combination of the right tools and the right knowledge of them and their habits to effectively remove them from the premises.

The first thing you should know about rat infestations and indeed any rodent infestation is that usually there is one thing that is the root cause of the issue. In the vast majority of cases this can be traced back to the unwitting invitation extended to rodents by leaving out things such as food and garbage either in your home or near it. Because these creatures are so hyper-attuned to the presence of any source of food, they can be attracted from surprising distances by even a small amount of garbage or improperly stored groceries among other things.

Although knowing what drew the rodents into the home in the first place is important, and getting rid of that element is crucial in the overall fight against an infestation, you are still likely going to need some other methods of rat control in order to completely eliminate a rat problem.

Here are a few of the more commonly employed methods of rodent elimination that can help you get these pests out of your home for good.

The classic rat trap is the standby in the fight against rats, and for good reason. It is simple, cost effective and can be reused as many times as necessary to reduce the rodent populations of any sized infestation.  The typical rat trap relies on a spring loaded mechanism that is likely familiar to most people. It is placed on a board and put in strategic locations where the rats are likely to come into contact with it.

These traps can be baited with virtually anything the rats find enticing, and for that reason should be kept as out of reach as possible from children and pets, just in case they are tempted to play with the trap before it has sprung. Once the rat catches the scent of the bait, it will attempt to dislodge it from the trap, this action will trigger the snap trap and it will snap shut instantly, painlessly killing the rat. Once the trap has caught a rodent, you will need to clean it immediately and reset it. This will ensure not only that you avoid the problems associated with having a dead rat in your home, but also that the trap can continue to cut down on the rodent population.

This is a great option for those infestations that are too large or widespread for mere traps to be effective. Most of the poisons on the market today work by blocking the clotting activity of the rodent’s blood, which leads to hemorrhaging and death. Although these products are great for killing rodents, extra care must be taken when applying them, as they can also be toxic to humans and domestic animals if they are accidentally exposed. For this reason, all rat poisons should be placed in a protective rat bait station which will keep anyone in the home from being accidentally exposed but will still allow the rats unfettered access to the poison.

John Sams has written many articles on the topic of home improvement. His areas of expertise include such things as rat killer and other pest control topics. To learn more please visit www.domyownpestcontrol.com.

4 comments on “What Should I Do If Rats Invade My Home?”