Real Estate Marketing & Beyond
Home » Housing » US Real Estate » The Reality of CEE Growth and Investment for 2013
Double-click to edit button text.
X

The Reality of CEE Growth and Investment for 2013 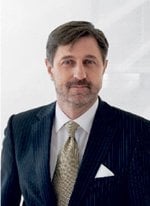 Turning to real estate news from Central and Eastern Europe, this week Austria's CA Immo announced a sharpening of the company focus. With rapid growth across markets in Central and Eastern Europe these past couple of years, the company says it will concentrate on "existing core markets and the offices asset class." Is this player's refocus a sign of things to come for European investment?

We believe banking and investing warning signs may be the real keynotes for early 2013, which probably should spur the question; "With mixed signals coming from nearly every legitimate sector, how can any investor show confidence anywhere in the world for 2013?" Let's look at the smoke signals to see if there is fire.

Reading Between the Lines

In this news CA Immo is essentially saying they are selling off properties not well within their core constituency of money making efforts. Dr. Bruno Ettenauer (at left), CEO of CA Immo, offered this via the company's press statement:

“Between 2006 and 2011, we acquired significant portfolios in Germany and Eastern Europe. Our priority now is to stabilise and focus that portfolio while exploiting positive market cycles to generate profit. By concentrating on what matters, we will enhance efficiency and raise our profitability while ensuring adequate equity capitalization  Implementing these measures will enable us to cope with any changes to economic conditions and establish a sound basis for future growth.”

Taken at face value, the news and the statement are surely good business sense, but not necessarily good news for the real estate market in the EU. The release from CA Immo goes on to speak of high occupancy rates and other factors indicating a positive investment landscape, but meanwhile roughly 42 percent of this company's portfolio lays in either Eastern Europe or Russia. With €300 in 2013 investment slated, and primarily focused on Munich, Frankfurt and Berlin (see release), the big "sell" would appear to be on elsewhere.

However, investment reports on the CEE banking sector are at best "mixed" where the apparent growth projections are concerned. This is, in part, due to the constricting effects of the overall EU and European economies, but also largely due to dwindling confidence being shown by institutions just like CA Immo. As an illustration, this 2012 report (PDF) by Raiffeisen Bank International AG tells of seasonably high confidence in the CEE. Then, the group amended this report later in the year to reflect this same "mixed bag" of signals. UniCredit reported positively in January 2012 with terms like "above EU average" in the prospectus dogma, then early this year "above average" tuned into "Working Through Collateral Damage".

This ten year Bank of Finland study (PDF) by Terhi Jokipii and Brian Lucey speaks authoritatively about "contageons" in the banking and economic sphere of CEE countries, where contageon is loosely defined as; " ..the situation where the knowledge of crisis in one country increases the risk of crisis in another country." Their study indicates that movement by institutions such as CA Immo and Raiffeisen etc. tend to cause ripples felt throughout these markets. This only makes sense, but the researchers go on to suggest (in my view) that there is more to this sort of "co-dependence" than simply economic modifiers. Here again, we are left reading between the proverbial lines.

Taking some time to look over idividual country statistics can bear fruit in deciphering where the Europe's markets are headed for 2013. While we do not profess to have either the resources or the full expertise to conduct any substantive survey or study, some evidences of market "value" do exist. And these, bear value for the investing reader perfectly well. While "soft" corporate dogma and PR may apply for official speak, the nitty gritty of what's going on in East Europe is another story. The graph below from Bucharest and a report by Ensight Management Consulting (PDF) whispers borderline margins if we read it correctly. Non-performing Loans, weighted across the region, in all liklihood reveal a trend toward overall red ink.

To end our discussion here for now, adding in a baseline along this graph would more than likely reveal a point where companies like CA Immo, and perhaps a league of European banks, would contract out of Eastern Europe in total. Of course given the situation in Greece, Bulgaria, Slovenia, Albania, and in the EU as a whole, contraction is a bit of a foregone conclusion. Interestingly, looking at Ensight's data and recommendations for 2012, it would appear the banking and investment sector is either behind in scheduling contraction to core constituents, or just now announcing said pulling back of focus.

Breaking all this down to as simple terms as possible, all those non-productive loans equal losses. Furthermore, the trend according to the Romanian study (which one might assume would err toward positivist) the curve of these money losing loans is increasing. The trend to losing still more is a real profit killer, in other words. Now, add in still more loss of confidence by these big players, instability factors, and the overall stigma versus doing business in East Europe - what you end up with is an even worse 2013 than in 2012. Still, the vested banking interests project at worst "stable" market terms, and at best growth for the CEE. This is not puzzling to the astute investor or curious reader even.

Finally, if we look at just the negative reports, Bulgaria will be stagnant this year, the CEE property scene will slow down, at best CZ politics will end up stifling any growth there, despite vested predictions that Poland will be a winner this year - experts project a 6.2% contraction there too, and so on. As you can see, as in the United States there's a lot at stake and a lot of "mixed" projecting in Europe as well. To finish off here, if the potential for even selling off CEE assets were so "warm", then why did Austrian real estate concern Conwert Immobilien just announced writing down €187 million euros in "good will" news? Clearly their news says they are buying in Germany.

Can you say "unload"?