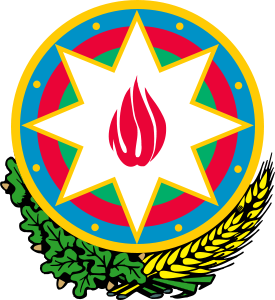 Azerbaijan has just made a $286 purchase in Europe, a London office block which is their first property bought in Europe, once more proving the Old Continent's appeal for safe real estate investments. The building of a little under 190,000 square feet has been purchased by Azerbaijan's state oil fund, valued at $33 billion.

This commercial property is located in the St James' district of the British capital city and has previously belonged to RREEF Real Estate, the property branch of Deutsche Bank. The building is currently let to banking group HSBC, the lease being valid until 2023, giving an investment yield of approximately 5.4%.

The oil-producing nation of Azerbaijan is also working on finalizing another acquisition in Europe, the Actor Gallery shopping complex from Moscow, a transaction valued at $102.5 million, according to data from research company Real Capital Analytics (RCA).

Azerbaijan is not the only country whose state funds who has recently invested in London. Sovereign wealth from Qatar, Malaysia and Norway have also completed billion dollar investments in offices and shops in the city, as Britain is viewed as a safe market due to its relatively stable political and legal climate.

Having a growing number of countries interested in buying European real estate was a predictable trend according to Joseph Kelly, RCA's director of market analysis:

"There's a lot of emerging market investors like Brazil and Malaysia that are looking at Europe to put their money after making it in their home countries."

St James is one of the very hot commercial areas right now - the rents, over 100 pounds per square foot, make it the most expensive in the world. The district is popular with hedge funds and private wealth managers.

Before switching to buying real estate in London, the recently wealthy nation of Azerbaijan has invested millions of dollars in skyscrapers in the country's capital city, Baku. The country is focusing on modernizing Baku, a goal they have been working towards since 1991, when Azerbaijan became independent.