Bali's Property Business to Thrive in 2013 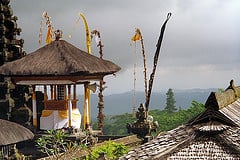 Property business in Bali is expected to present promising opportunities in 2013, the Bali chapter of Real Estate Indonesia predicting an overall 15% growth fueled by island's positive economic growth estimated for the next year. According to the chapter's chairman, Dewa Putu Selawa, business in the property field was expected to grow and reach a record growth in 2013 compared to previous years.

Bali's economic performance in 2012 was labeled as outstanding, with a 6.6% annual growth, above the Indonesian average national economic growth of 6.1%. Bank Indonesia released data showing that, despite the global economic downturn, Indonesia and Bali in particular, continued to see strong economic growth. The inflation was also rather low, with a reported value of about 4.6%

Other than the general economic state of Indonesia, property business in Bali will also be fueled by the various infrastructure developments that are currently underway, a fact that has positively influenced investor's confidence in this particular real estate market. The construction of a toll road connecting Benoa, Ngurah Rai International Airport and Nusa Dua, an underpass at Dewa Ruci intersection, and the expansion of the Ngurah Rai airport are the biggest such developments in the area.

“Low interest rates, at an average of 9 percent, also contribute to the growth of the housing sector,” Selawa added.
REI Bali's data also showed that land prices in several areas close to the city center and in the Badung regency were expected to to skyrocket to around Rp 4 billion (US$420,000) per 100 square meters.

In Kuta, Seminyak and Legian, all hot spots of the Badung regency, prices would reach around Rp 3 billion to 4 billion for 100 square meters in 2013. For properties around Denpasar, the price has already increased from Rp 200 million to Rp 300 million, and is expected to further increase and reach 400 million.

Property consultant Elite Haven-Knight Frank has released the finding of the research he had conducted which shows that land prices in various strategic areas of Bali have reached a 43% growth, the highest increase of the past 10 years. Price growth has previously varied between 8 to 16%.