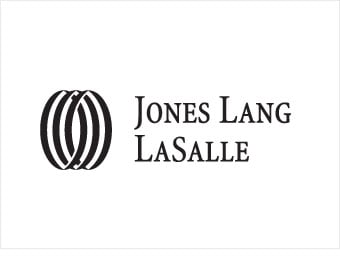 Direct investment into commercial real estate was up 3% in 2012 in the Europe, Middle East and Africa (EMEA) region, according to new research published by Jones Lang LaSalle. The increase of 2012 was strongly supported by the strongest quarter since 2007, as in Q4 of 2012 real estate transactions amounted to €46 billion, putting the yearly totals at €123 billion (USD 159 billion). Although a quite high quarterly result, the amount is still 6 million short of reaching the Q4 2007 level.

“The strong end to the year illustrates that investors remain attracted to real estate opportunities, especially in the UK, Germany, France and Sweden. Interestingly, there was also a marginal increase in activity in markets such as Ireland and Spain during Q4 2012 which signals increased momentum for 2013. While much has been made about the increasingly globalisation of capital flows, the strength of the domestic market should not be overlooked. German, French and UK investors were the largest gross investors in Europe over the last year,” said Richard Bloxam, Head of European Capital Markets at Jones Lang LaSalle.

The research further determined that there were eight cross-border deals of over €500m in Q4 2012 in Europe, and three such large deals in Paris. European retail investment volumes (excluding high street) were €19.4 billion below their 2011 level - €31.3 billion, result caused mainly by the lack of product on the market.

“The office sector had a stellar year in 2012, with activity increasing 24% year-on-year; almost 60% of office activity in 2012 was within London, Paris and the German Big 5 cities. This has helped consolidate London and Paris as two of the top 10 traded cities globally, with London holding onto top spot in 2012. Despite on-going demand for good quality shopping centres as evidenced by several large deals in Q4, retail investment volumes over the full year 2012 were down year on year due to a limited supply of appropriate product," Bloxam added

Major international investors access product by partnering their equity with expertise, a good example being NBIM’s acquisition of a 50% stake in Meadowhall and CPPIB*’s joint venture with CityCon, a leading retail specialist in the Nordics

“In 2012 we recorded a 36% increase in net investment into Europe by investors based outside of the region compared to 2011. The largest growth originated from Asia, where purchases into Europe grew by a staggering 80% year on year," explained Matthew Richards, Head of International Capital Group Europe. “We expect Asian offshore buyers to be many of the dominant sources of new capital this year and beyond as domestic regulations now allow investment outside of their domestic real estate market.”

The greatest real estate deal involving a single property was seen by Switzerland, the purchase of Credit Suisse’s Uetlihof office complex in Zurich by NBIM for CHF 1 billion (€828 million, USD 1.07 billion). Another notable deal of 2012 was ITFP's sale of the Statoil Regional HQ in Oslo for circa €430 million to a syndicate of investors arranged by Arctic Securities, a Norwegian investment bank.

“We are forecasting global volumes could reach US$500bn in 2013 from US$443 in 2012, due to increased levels of demand for real estate coupled with a strategic reallocation towards this asset class by institutional investors. The Europe, Middle East and Africa region is expected to maintain similar volumes in 2013 to those achieved in 2012,” Richards added.