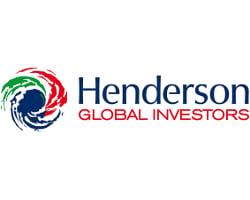 Henderson Global Investors has just made its first property acquisition for its German Logistics Fund, a 19,000 square meter distribution center from Bad Dürkheim. The fund announced its first closing a month ago, raising 90 million euros. The freshly bought asset was developed by Gateway Real Estate earlier this year and it is currently to the Uniwheels group, one of Europe's top producers of light alloy wheels.

Henderson representatives said their new acquisition perfectly meets the fund's criteria for existing, good quality logistic assets in top locations throughout Germany. The logistics fund is the result of a partnership between Henderson's German property branch and logistic real estate expert Palmira Capital Partner, which took on the roles of adviser during investment process as well as assisting with management. The majority of the fund's investors are German insurance companies and pension funds, along with one Austrian institutional investor.

After its first closing, the fund remains open to institutional investors, with a target return of 8.5% and a 40% gearing provision.

"The strategy for the Fund involves the acquisition of existing, proven schemes with secured leases already in place," explained Mathias Leidgeb, partner with Palmira Capital Partners. "This means that the benefit of the low risk associated with newer build assets is retained, but the premium pricing is avoided. In this respect, Bad Dürkheim was an excellent fit with the strong covenant strength of Uniwheels and a long lease already in place."

Henderson and Palmira will probably announce the addition of new assets to the German fund in the New Year, as they already have three more in due diligence that will soon be completed.