Home values began steadily plummeting in mid 2006.  According to the Fiserve Case-Shiller index, the median price of houses fell by 27% nationwide since the decline started and reached 30% in 2010.

These declining home values left many homeowners stuck underwater. Many of them currently owe more on their mortgage than the market value of their homes. This situation has left tens of thousands of homeowners in a dilemma, they cannot sell their houses for a good price and they cannot move. They can stay put and wait until the market regains impetus and investors gain confidence or request permission from the lender to make a quick sale. In the worst case scenario, they will be forced to default on the mortgage and the property will get repossessed. This is a story that is repeating itself thens of thousands of times.

On the positive side of things, many homeowners are now upbeat about the recovery. Some have opted to pay extra on mortgages and second mortgages anticipating for debt pay down and home price growth convergence sooner rather than later. There is also the aspect of pride whereby most folk prefer to pay extra rather than loose their much valued properties. Of course pride only goes so far when people are left facing that place where ends meet.

Recent activity in the real estate market has brought a glimmer of hope for homeowners and real estate investors. Mortgage interest rates are at their lowest values in 60 years. This creates tremendous opportunity to buy even in areas that were once considered out of reach for the average investor or homeowner. The government has also been forthcoming, offering loans and tax benefits to bolster investor’s confidence in the real estate sector as well.

Short sales and foreclosures have been the main cause of the decline in home prices in the past few years. In fact, they accounted for about one third of home sales in 2010 with an average discount of 26% for most homes. These discounted sales are expected to continue in 2011 but with varying capacities. Currently, there are millions of delinquent loans being worked out by lenders. Most of these are headed for either short sale or foreclosure.

Delinquency is estimated to peak in 2011 and given the laws of supply and demand; it might take a few more years to even things out. According to economists, the longer the foreclosure process drags on, the greater the backlog of properties and the more they will continue to suppress prices when they are put on the market.

The worst case scenario for home values in 2011 will be stagnated or stunted growth in the economy and increased unemployment rates. These two factors are likely to increase the number of houses under foreclosure and further push down home prices. In such a market, investors will be scared of spending and therefore dampen further economic growth and job creation.

Nonetheless, there is still reason for optimism in the market. With few exceptions, the real estate market is fairly undervalued with regards to the relationship between home prices and income to apartment rents. Since some home values are actually undervalued, they are likely to attract prospective buyers and real estate investors when the market begins its path to recovery. The message in the housing market is obviously still, "buy if you have the cash" it's definitely a buyer's market.

As an illustrative, a buyer who may not have been able to afford 4,000 square feet and 7 bedrooms in a prestigious neighborhood in North Georgia for instance, may be with the reduced price on a home like the one at 23 Attaway Drive there. The images above show a custom home with space galore inside and out. Gourmet kitchen, professional grade appliances, library, elevator, lots of living space and a widow's walk on the top floor with panoramic views. Under $400,000 puts a luxury space for a family well within reach. Note this is the "asking" price. 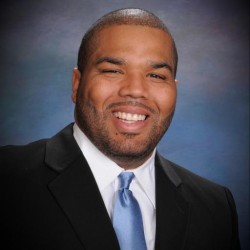