The majority of UK homeowners things residential real estate prices will go up in 2013, as shown by the latest House Price Sentiment Index from property consultants Knight Frank and economics consultancy Markit, an index considered one of the most accurate in predicting house price trends. This increasing optimism about home prices has been reported for all 11 UK regions analyzed for the index which is based on a survey of 1,500 homeowners across the country, a first occurrence where respondents from all regions share a positive outlook. 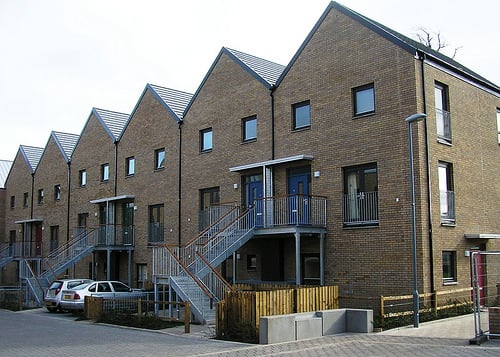 While all UK homeowners expect a rise in prices, respondents from London are more positive about the increasing prices of their homes throughout 2013, followed by those in the South East and Wales. This is the first month that Wales homeowners expect prices of their residential properties to go up since July 2012. Scotland and the North East haven't seen such an optimistic perspective in the three months.

The extent of the price increase also reflects a divide between the north and south regions of the UK, as the southern homeowners are more optimistic about the price increase. Households also indicated that the value of their property has declined in the past month, yet the decline has been the slowest since June 2010.

The index has also shown a significant increase in optimism in what house prices going up is concerned for those who own a home with a mortgage. This group of households reported the most positive perception since June 2010. The same trend has been noticed in those aged between 35 and 44.

‘The optimism over house prices seen at the start of the year has strengthened sharply this month, with households now more upbeat about the outlook for house prices than at any time since June 2010.  Households in every region expect prices to rise, reflecting a real change in outlook across the country,’ said Gráinne Gilmore, head of UK residential research at Knight Frank.

‘The data suggests that households have brushed off the rather gloomy economic news, and instead have been buoyed by positive signals emanating from the mortgage market in recent weeks, with lending rates falling sharply and lending to new buyers picking up. Indeed the HPSI readings show that mortgage borrowers are among those who are most optimistic about house prices. Likewise, the outlook of those aged between 35 and 44 has becoming much more positive, and it is these buyers, who will typically be buying their first or second property, who are set to benefit from the looser mortgage lending conditions,’ she explained.