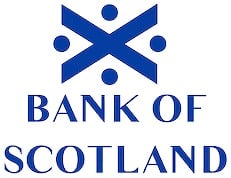 Reduced mortgage rates and decreasing house prices in Scotland have led to a significant improvement in mortgage affordability, according to new research released by the Bank of Scotland. Mortgage payments as a proportion of income have dropped by over two fifths in recent year from the record 38% level reached in the fourth quarter of 2007.

Q4 2012 brought mortgage payments to a much lower 22% proportion. That means the average monthly payment is of £424,m while the average wage in Scotland was of a little under £2000. Mortgage payments for new borrowers are still at their lowest level as percentage of earnings and have been so for close to a decade. New borrowers, category that includes both first time buyers and home movers, have seen a 21-22% ratio (long term average loan to value ratio) of disposable earning for the past two years, the lowest level since 2002 to 2003.

Across the UK, Scotland ranks second when comparing proportion of disposable earning, mortgage payments recording a lower ratio in Northern Ireland (20%), while the UK average is of 28%. Also, seven of the 10 most affordable local authority districts in the UK are in Scotland.

‘Mortgage payments in Scotland account for a lower proportion of disposable earnings than anywhere else in the UK, bar Northern Ireland. In addition, seven of the ten most affordable local authority districts are in Scotland with West Dunbartonshire the most affordable. Mortgage affordability has improved significantly over the past few years as a result of falls in house prices and cuts in mortgage rates. This development has been a key factor supporting housing demand and is expected to remain so in 2013 as interest rates remain low,’ said Nitesh Patel, housing economist at Bank of Scotland.

The improvement in mortgage affordability would favor both those who are already making mortgage payments and those who want to obtain a new loan and can afford the required deposit. Yet Patel still expects the number of home buyers and movers to remain low as the affordability is countered by higher deposit requirements and low housing equity.