Real Estate Marketing & Beyond
Home » Housing » US Real Estate » New Research Finds Nearly Half of Americans Claim to Have Lived in a Haunted House
Double-click to edit button text.
X

A Majority of Americans Believe in the Supernatural

During the pandemic, awareness of paranormal activity may have increased as people spent more time in their homes. Seventy-six percent of Americans reported believing in supernatural events, up from 44% in 2019, according to Real Estate Witch’s annual survey.

For many, their belief stems from spooky firsthand experiences in their homes. Survey respondents attributed these occurrences to:

Malfunctioning systems, settling foundations, moaning pipes, and small animals may also cause strange sensations. Still, survey respondents believed that the source of their unease was a ghostly presence.

Most Would Consider Buying a Haunted House

Other reasons to consider buying a haunted home included:

Remember, owning a house — even if it's haunted — comes with several tax benefits that can make tax season a lot less frightening.

When Ghosts Are Deal Breakers

Friendly ghosts are one thing, but some phenomena are too unnerving for some homeowners. Many respondents said they’d move away immediately if:

Some homeownership problems are far more concerning than ghosts. Buyers are less likely to pass on a home if it's haunted than if the house is:

Even homes in a prime location can frighten their owners. Only 5% of Americans said ghosts were the scariest aspect of homeownership. Instead, most people are afraid of:

Fortunately, it’s possible to avoid these problems when buying a home because nearly every state requires disclosing material defects. In addition, buyers can protect themselves by commissioning an inspection and following up if problems arise.

Despite fearing floods, fires, and other safety hazards, many Americans lack basic safety features in their homes. For example, 66% don’t have a radon detector, 45% lack an alarm system, 40% don’t have a carbon monoxide detector, 38% lack a fire extinguisher, and 29% don’t have smoke detectors.

In nearly all states, sellers have no obligation to disclose paranormal activity. Some states require disclosure only if the activity is well-known because it could impact property values. Other states only mandate disclosure if the buyer asks.

Real Estate Witch’s study found that most sellers would not disclose hauntings to potential buyers:

Just 38% said they’d inform potential buyers about ghosts, even if it wasn't required. When selling a haunted home, hire a good listing agent or even a real estate attorney to help you navigate legal requirements and stay out of trouble.

How to Avoid Buying a Haunted House

Although sellers in most states don’t have to tell you if their home is haunted, you can protect yourself by researching and choosing property carefully:

If you're trying to sell, consider hiring a paranormal investigator to find and clear unwanted guests. It’s an extra cost of selling a home but probably worth it if the investigator succeeds. 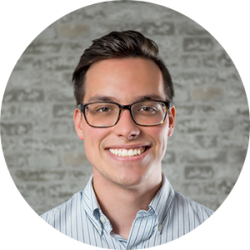