Australian non-bank lender Pepper has just announced another strong move to consolidate its position as top pan-European loan servicing and real estate manager by acquiring the loan business of Celeris in Spain for €290 million. The newly acquired business will trade as the Pepper Finance Corporation after the buy.

As part of the transaction, Pepper took over about 164,000 performing loans and a small non-performing book, totalling to €290 million in receivables, as stated by the company. Pepper CEO Patrick Tuttle said the acquisition continued the lender's strategy of expanding into Europe. 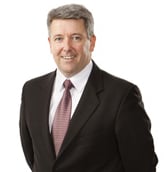 Earlier this year, Pepper had expanded its Irish market business, being appointed to provide servicing for the €380 million (A$482 million) Pittsburg portfolio of Irish loans. In 2012 the Australian lender acquired GE Capital’s Irish residential mortgage book. With the new buy of Spanish loans they get closer to their goal of becoming one of the top players in the pan-European market.

Established in 2001, Pepper is a global financial services business with a strong focus on lending, advisory and asset management across the residential and commercial property sectors. The Lending business of Pepper is one of Australia’s leading providers of specialist residential mortgage finance. It is also a leading servicer of third party asset portfolios, including residential and commercial mortgages, equipment and auto leases, and unsecured loans.