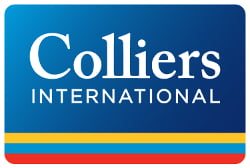 Safety seems to be the top concern for global real estate investors as they favor properties in the US, Asia or Western Europe. The safe bets trend was identified by the latest Global Investor Sentiment Survey by Colliers International. According to the report, most international investors keep eyeing the same "safe" markets which include London, Paris, Frankfurt, Hamburg, Munich and New York. For this survey, Colliers queried 500 real estate professionals from the US, Canada, Latin America, Asia Pacific, Europe and the Middle East.

"London and New York are the only two markets identified as key investment areas by investors from other regions," the report stated. "Investors will continue to target these markets through 2013, while monitoring the effects of the U.S. election result and continuing problems in the Eurozone London, Paris and major cities in Germany are among the favorite sites."

Another global trend is the investor's preference for the office sector. In what commercial properties are concerned,  industrial sector properties are the most attractive in the US and Latin America, while shopping center investments are increasingly sought after in Australia, Canada, and New Zealand saw increasing interest in shopping center investments.

"Major investors are becoming more critical when selecting their investment locations," said Tony Horrell, CEO, U.K. and Ireland, Colliers International. "This is supported by the overarching themes we found when asking respondents about their investment strategies. They are more likely to look at home locations first, and when they do look at international opportunities, they are far more specific about the individual markets and sectors in which they are interested."

Horrell added, "The survey also found that the availability and price of debt finance will remain an issue in a number of territories, particularly in EMEA, as stringent lending requirements endure and LTVs remain low. This is opening the door for new lenders, in the form of insurance companies, and the resurgence in the provision of mezzanine finance."

While the preference for such safe markets will generate a slow but steady growth in Western markets throughout the next year, it will also lead to a shortage in core investment opportunities as all global investors will fight over the same limited key locations.

The survey also showed that Asian, EMEA and Latin American investors were the most likely to access funds from outside their regions. Asian investors used local funds for only 40% of their investments, with the United States (20%) and Western Europe (19%) providing significant capital. The US also provides a third of funding for investments in Latin America, with Western Europe providing another 15% of the funding. Canadian investors are the most self-reliant, with close to 80% of investment being funded locally.

Most investors prefer to put their money in their local markets, with only 25% making overseas real estate investments. Those who venture overseas favor Western Europe. Asian investors eyeing foreign markets prefer those closer to home, such as Australia and New Zealand.

While still focusing on preserving their wealth and income security as main goals, investors in the US, Asia and Latin America are most likely to start taking greater risks over the next six months. The European and EMEA markets will still struggle with securing debt in 2013, the survey showed, also forecasting increased activity for specialist debt funds that pursue higher returns on their investments. Asian investors are seen as most likely to extend debt, while those in Latin America are the most concerned with avoiding additional debt.

"In 2013 we will see more new lenders and mezzanine funds to partially replace the void left by retreating mainstream banks,: Horrell said. "And more generally, 2013 will be a year of continued recovery, with investment volumes showing modest growth as investors accept the new norm and sentiment improves."