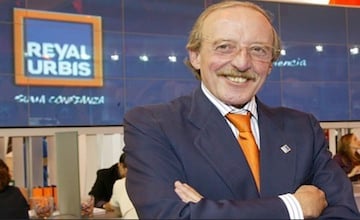 Spanish property firm Reyal Urbis has filed for insolvency today after a failed attempt at renegotiating its debts to its creditors, thus becoming the latest company to crack under the pressure of the country's real estate market dire circumstances. The company's debt at the end of September 2012 was of 3.6 billion euros, its insolvency meaning it might become Spain's second-largest bankruptcy, following Martinsa Fadesa, whose 2008 debt totaled 7 billion euros.

Construction magnate Rafael Santamaria (pictured) holds the majority stake of 70% in Reyal Urbis, the firm owing money to creditors such as Santander, BBVA, Bankia and Banco Popular. The real estate company's portfolio was valued at 4.2 billion euros in June 2012. Reyal Urbis will continue to operate as stipulated by insolvency laws in Spain, if a judge approves its petition. The company plans to keep Santamaria as leader. The real estate magnate stated he still hoped the firm would be able to strike a deal with creditors.

Reyal Urbis had until February 23 to either reach a debt restructuring agreement with the banks or file for insolvency. The early petition might be the result of their proposal of 3.6 billion euros was rejected by creditors according to sources quoted by Reuters. Spain's stock market regulator also suspended the trading of Reyal's shares on Tuesday, after the stock had recorded a 99% decrease since June 2007, closing at 0.124 euros yesterday.

Other than money to creditors, Reyal Urbis also owed almost 900 finished homes at the end of 2011. The firm also has 8 million square meters of development land and another 237,000 of commercial property comprising of offices, shopping centers, industrial property and hotels.

Reyal Urbis adds to the list of dozens of real estate companies which have gone belly up in Spain as house prices fell 40% since peak year 2007. As the country still struggles with depression, prices are expected to continue to drop.