National home prices in the US are still on an uptrend, registering the sixth consecutive month of growth in September 2012, as shown by data released by the indices analyzing the country’s major metropolitan areas, S&P/Case-Shiller Home Price. The report also shows that home prices in Q3 were up 3.6 percent compared to the same period in 2011. The September price increase was of 0.3% compared to August 2012 and 2.2% up from the previous quarter. 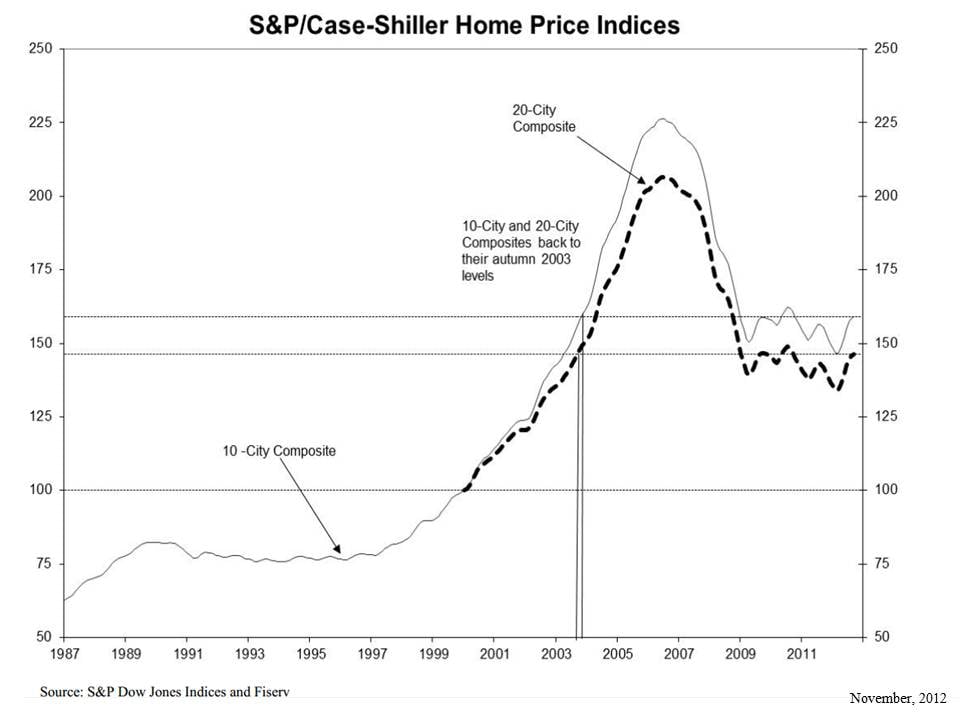 This real estate market trend was confirmed by similar findings released by the Federal Housing Finance Agency. The agency’s data pointed to a 4% increase in home prices in Q3 of 2012 from the third quarter of 2011. Their Home Price Index, which tracks home sales price information from Fannie Mae and Freddie Mac mortgages, showed a 0.2% monthly prices increase from August to September and a 1.1% growth from the second quarter to the third quarter of 2011.

While home values have constantly increased, Andrew Leventis, principal economist for the FHFA, warns that most trends still show the recovery of the real estate market if far from complete.

“The past year has seen consistent price increases, but a number of factors continue to affect the recovery in home prices, such as stagnant income growth, high unemployment levels, lingering uncertainty about the macroeconomy, and the large number of homes in the foreclosure pipeline,” Leventis said in a statement.

The recently released data also shows a significant variation over different regions in the country.  “Phoenix continues to lead the recovery with a 20.4 percent annual growth rate,” David Blitzer, who chairs the Index Committee for S&P Dow Jones Indices, said in a statement. “Atlanta has finally reversed 26 months of annual declines. With a 0.1 percent annual rate as observed in September’s housing data.” Home prices dropped in Chicago and New York in September (down by 0.6% and 0.1%), these being the only two metropolitan areas to also report annual declines of 1.5 percent, 2.3 percent respectively, Blitzer added.