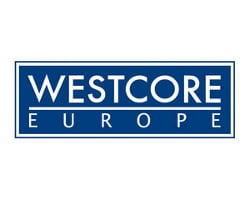 San Diego based Westcore Properties has recently closed a deal to acquire a collection of Sacramento's industrial real estate. The purchase, valued at $600 million, includes 110 buildings amounting to 11 million square feet of space, a property portfolio put together by local developer Joe Benvenuti. Most of the buildings, about 8 million square feet, are located in Sacramento, the rest are commercial properties in the Midwest.

This is the second largest commercial real estate deal in the history of Sacramento, outranked by a transaction closed back in 2007 when Wells Farago Center and other office properties, valued at $760 million. The deal is also the largest in industrial real estate closed this year in California and the second-biggest in the USA, according to Mark Demetre of Jones Lang Lasalle, who helped broker it.

Demetre, as well as other commercial real estate experts, see this massive acquisition of warehouses and other industrial properties as proof of investor's faith in Sacramento's commercial property market as a long-term investment. It also marks a significant ownership transfer from a small group of local developers to outside investors, backed by a large infusion of Wall Street money.

Westcore President and CEO Don Ankeny expressed his company's eagerness to continue the plans drawn up by Benvenuti, who passed away earlier this year.

"Joe was a legendary guy in your marketplace," Ankeny said. "The opportunity to step into the shoes of his lifetime's work doesn't come along very often. When we got wind of that opportunity, we jumped on it."

After Benvenuti's death, his heirs made a decision to sell most of his assets.

"It was basically a family decision. My dad passed away a few months ago and my mom a couple of years ago," said Richard Benvenuti, the late developer's son.

This major deal included most on Benvenuti's 13 million square feet commercial real estate holdings. About half of the properties Westcore aquired are located in North Natomas, along North Market Boulevard and Del Paso Road. The other properties are in West Sacramento, Rancho Cordova and Placer County. The Midwest properties included in the deal are mostly made up of distribution centers, light industrial buildings and office buildings from St Louis and Indianapolis.