What Happened to Tevfik Arif and Bayrock Group’s Trump SoHo?

In November 2006, the first brick of the Trump SoHo tower was laid by Tevfik Arif’s Bayrock Group, the Trump Organization and the Sapir Organization on Spring Street in New York City.

A little more than a year later, the impressive 46-story condo-hotel was finished and open for business, offering extravagant hotel rooms, apartments, premium restaurants and bars, a world-class spa, an outdoor pool, a banquet and events halls.

A view of the Big Apple like no other through the building’s floor-to-ceiling glass windows was also part of the luxurious Trump SoHo experience.

The prestigious New York City company Handel Architects, with experience from across the globe, was given the task of designing the construction.

Handel Architects has an impressive reputation and portfolio that includes the September 11th National Memorial in New York City and the Ritz-Carlton hotel in Washington, D.C.

The firm is also recognized as a leader in the field of design and architecture.

To make the inside of Trump SoHo just as exquisite as the exterior, Bayrock Group imported the best materials and hired world-renowned interior designers.

The architecture and design firm Rockwell Group, which is a company behind several luxury hotels, upscale restaurants and casinos, was assigned the task and furnished Trump SoHo with items from the praised Italian brand Fendi Casa.

Tevfik Arif acknowledged the power of the Trump name 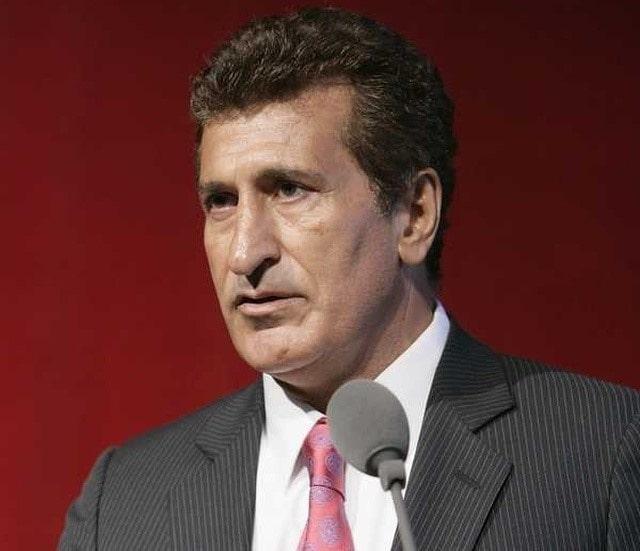 Talks of the Trump SoHo condo-hotel began when Bayrock Group moved its New York City offices to the 24th floor of the Trump Tower in Midtown Manhattan where the Trump Organization was also located.

The two companies started talking about collaborating on a luxury real estate development project, and this was when the idea of the Trump SoHo building was born.

The founder of Bayrock Group, Tevfik Arif, was aware of the power of the Trump brand, so he presented a strategy that would leverage the Trump name to add value and prestige to the project he and the Sapir Organization had in the pipeline.

The plan would give the Trump Organization 18% equity in the project in exchange for using the Trump brand in the new name of the new construction, and it was accepted by all three parties.

Donald Trump did not invest any capital in the construction.

As the building is located in Manhattan’s trendy SoHo area, it got the name Trump SoHo, and it became Bayrock Group’s prime project in terms of property development in New York City.

In 2017, the condo-hotel was rebranded as The Dominick. It features apartments, hotel rooms, an outdoor pool, a rooftop terrace, restaurants, bars, a spa department, a banquet, event halls and an outstanding view of New York City and the Hudson River through the floor-to-ceiling-windows.

Furthermore, The Dominick is one of just a few premium hotels in New York City that are prestigious enough to be part of the Preferred Hotels & Resorts’ Legend Collection.

Tevfik Arif was born in Soviet Kazakhstan in 1953 to Turkish parents and got a degree in International Relations from the Moscow Trade and Economic Institute.

Subsequently, he worked for the Soviet Ministry of Commerce and Trade where he served as the deputy head of the Ministry’s Hotel Management Department.

After 17 years in the ministry, Tevfik Arif left to start his own businesses that centered on real estate, property development, imports, exports, natural resources, minerals, automobiles and food.

This happened at a time of increased privatization following the fall of the Soviet Union.

In 1993, Tevfik Arif moved to Turkey where he became a pioneering force in the development of the popular all-inclusive hotels, and eight years later, he took the leap and established Bayrock Group in New York City.

After the opening of Trump SoHo, Bayrock Group and the Trump Organization were in talks to collaborate on additional real estate development projects under the same licensing terms in Florida and Arizona.

However, those buildings were hindered by the financial crisis that hit the real estate market in 2008.

While Bayrock Group was active in the United States, it invested in real estate assets valued at over $2.5 billion, however, it has not pursued any new American real estate development projects in recent years.

Following the success of Trump SoHo and a changing market in the United States, Tevfik Arif turned his focus to Europe and Central Asia, where his career started decades earlier.

Today, Tevfik Arif has retired from most of his day-to-day work in Bayrock Group, but he remains a trusted and valued advisor to the company.

Follow Us
RealtyBiz News
Find topics in marketing, technology, and social media for realtors, and housing market resources for homeowners. Be sure to subscribe to Digital Age of Real Estate with Digital Marketer Zach Parker

Follow Us
Latest posts by RealtyBiz News (see all)