5 Things homeowners should consider when moving

Moving to another home is a stressful time whether you’re looking to settle in a new home just down the street or in a completely different city. Careers, new monthly bills, travel costs, and much more needs to be considered before taking a leap of faith. If such things aren’t considered, it can easily ruin the whole experience of moving to a new area, and thus, a huge checklist of important points need to be well-thought of. However, while the most important points could be the difference in a successful move or not, there are still several other things that are often overlooked. 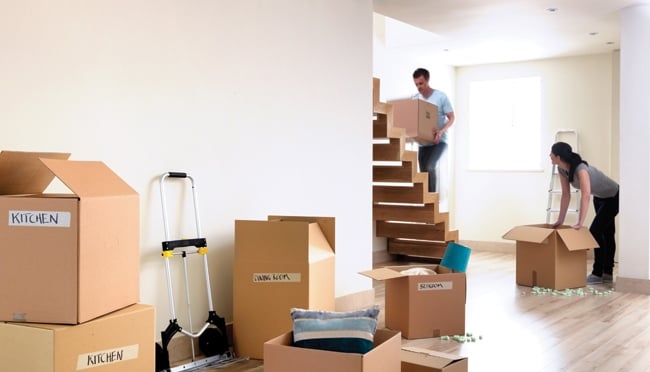 1. Internet Connection
It may not sound like one of the most important aspects of moving, but if you end up moving to a new area that doesn’t provide you with the internet speeds you crave, you’ll be very disappointed you didn’t check before. Many homeowners in the past who run online e-commerce businesses have been shocked when presented with internet speeds that have caused them more harm than good. Always check the internet connection in the area if you rely on excellent internet connections for work.

2. Review Local Services
Local services should be researched just so you know you and your family are safe should anything happen when you’re settled. Visit the local health clinic in the area you’re planning on moving to. The last thing you want is to move in and then contract an illness that can’t be promptly seen to.

4. Organize Your Goods in Detail
Another thing that is common among movers is a lack of communication and organization. It’s key that your house is all boxed up in the rooms where the boxes are going to be placed when you arrive. Many homeowners decide to let the movers handle their items without the right labels or communication. Ultimately, bad organization means you’re going to have a much tougher task at the other end when it comes to getting properly settled. You’ll likely be wasting days of your time going through boxes to find items that could’ve been properly labeled in the first place.

5. Understand Your New Monthly Costs
Moving to a different city will usually mean a different council tax bill and you’ll also find other smaller bills such as the internet and phone line can differ. While the difference may not seem like that much at first, it could still end up meaning you’re spending hundreds of dollars every month on things you didn’t have in your budget. Consider making a new budget before you decide to buy another place and do your research so you know roughly what to expect.
The above points certainly aren’t the most important things to consider before moving to a new house, but they are points which could prove to be the difference.