As someone interested in real estate, you've probably imagined owning properties worth tens of millions of dollars. Though such homes are out of reach for most people, movie stars, entertainers, and business moguls routinely deal with these listings — whether it's for investment purposes or for their own luxury. Highlighted below are a few crazy celebrity real estate stories, from losses to gains to tales of pure excess. 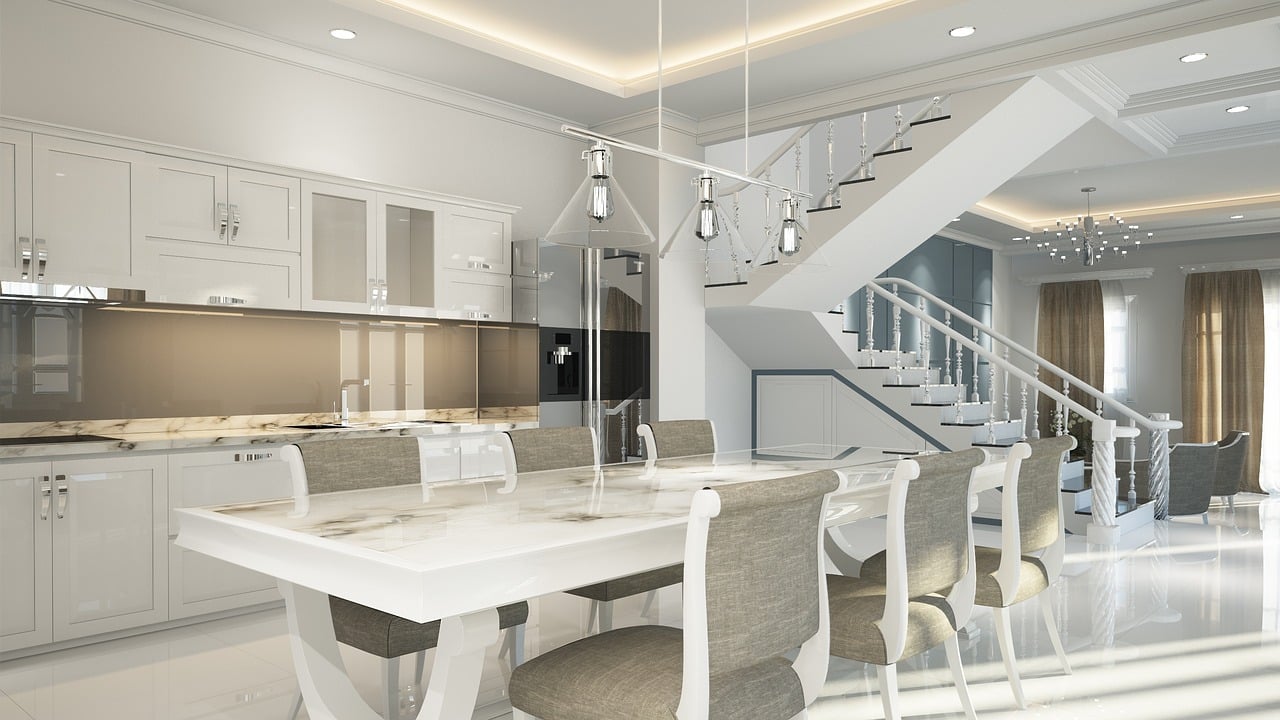 Anne Hathaway's Cottage
Does “cottage” bring to mind a small, cozy place tucked away in the mountains or on the beach? If so, now's the time to redefine your expectations. This two-story Connecticut home, which Anne Hathaway and her husband Adam Shulman purchased for $2.8 million in 2017, has two custom kitchens on the ground floor and its own English gardens. The couple also currently own a $2.55-million penthouse in Manhattan.

Ellen DeGeneres' Property Moves
Talk show host Ellen DeGeneres made some serious waves in the housing market for nearly a decade, finalizing several multimillion-dollar deals between 2005 and 2014. It all started backed in October 2005 when DeGeneres purchased some ranch estates with her girlfriend Portia de Rossi. The couple, who later married in 2008, flipped several of these properties and netted a profit of over $4 million on an estate in Montecito alone.

DeGeneres made several similar moves over the years, including the purchase of a $40 million estate — the gorgeous Brody House — in January 2014. She would go on to flip that property and sell for $55 million later that year.

Trump's Taj Mahal Failure
The Taj Mahal was an Atlantic City business that opened in 1990. The casino, owned by real estate kingpin and TV personality Donald Trump, saw its share of successes and failures over the years. Most notably, it came close to closing in 2014 when its parent company went bankrupt and later, in 2015, when it faced a whopping $10 million fine from the U.S. Department of the Treasury Financial Crimes Enforcement Network for anti-money laundering violations.

The casino continued to operate for another year under new ownership by Icahn Enterprises, but it was announced in 2016 that the casino would officially close. A worker's strike was cited as the reason for the decision, but Icahn had also been going through some difficulty renewing its gambling license for the property. This was aggravated by the passing of a bill that Icahn felt signified a “war on business.”

Icahn ultimately failed to renew its license under pressure from the State of New Jersey, but the parent company retaliated by drafting a deed restriction stipulating that gambling couldn't be conducted on the property under a new owner unless that owner paid Icahn $300 million to lift the restriction. Trump Taj Mahal is now closed and sits empty. However, the property will be redeveloped and opened as a Hard Rock Cafe resort.

Kris Jenner's Million-Dollar Home and Her Ambitious Neighbors
Last year, Kris Jenner bought a $10 million home in a neighborhood with a few other celebrities — namely, Jenner's daughter Kim Kardashian West. Some of the finer points of the 9,400-square-foot property are a zero-edge pool, a 10-person hot tub, and a jealousy-inducing bathtub.

Jenner's neighbors, Kim and her husband Kanye West, purchased their home back in 2014 for $20 million. It has its own vineyard, and the couple has been investing in additions like a full-size movie theater, spa, and hair salon.

Ben Affleck Gifts a Lush Apartment
Back in 2017, Ben Affleck moved on a $28,000-per-month apartment in Manhattan for his girlfriend Lindsay Shookus. The dwelling offers exactly what you'd imagine for such an exorbitant price, including stunning views of Central Park and the Hudson River, plus 24/7 butler service.

Vincent Kartheiser Sells His Tiny Home
Part of the appeal of a tiny home is minimal living for a low price. Though Vincent Kartheiser's 580-square-foot property meets the size requirement, its market price is atypical of such cozy spaces. The home has been lovingly designed and includes charming and innovative features like a hideaway bed accessible via a pulley system. The tiny home was listed in 2014 for $808,000.

Lebron James Leaves His Property in Miami
Back in 2014, basketball fans were swept up in news revolving around Lebron James' career and what his future looked like with the Miami Heat. James ended up returning to Cleveland to play for his former team in Ohio, but he left behind an incredible 16,000-square-foot home in Florida. Notable features of the luxury dwelling include space for two 60-foot yachts, a rainbow pool, ocean views overlooking Biscayne Bay, and a massive kitchen. The property went to market for $17 million.

Notch Outbids Beyonce and JAY-Z for a Los Angeles Home
If you weren't familiar with Notch for his work as the creator of the video game “Minecraft,” you probably got to know him either through Microsoft's $2.5 billion acquisition of his software or through his purchase of an amazing home in L.A. The estate he bought is known for its candy room, among other indulgent features.

Notch paid a large sum to ensure that the property came as-is. Back in 2014, he forked over $70 million for the home and outbid Beyoncé and JAY-Z, who were also eyeing the L.A. mansion.

It might be hard to imagine paying millions in cash for a home, but celebrities do it all the time. Some have even made a business out of it. Would you buy properties like these if you could afford it — or do you think there's a better way to spend when it comes to a bit of real estate indulgence?