An Update on Foreclosure Activity

Over the last few years a lot has happened in regards to the foreclosure process, which has ultimately affected the overall real estate market. Although a lot of lenders have pushed foreclosure properties through the pipeline at an accelerated rate since the end of 2011, many distressed properties in judicial foreclosure states are still in limbo due to the long foreclosure process in these states.

As a result, we can expect foreclosure listings to increase substantially throughout 2012 and into 2013 until backlogs are cleared and the market resumes normal operations.

Foreclosure Activity is Down

There are many reasons for the decline in foreclosure activity. First and foremost, many homes have already gone through the foreclosure pipeline and therefore have already lost their homes.

Second, the government has placed pressure on lenders, requiring them to help keep homeowners in their homes. For example, Bank of America has a relatively new program that allows homeowners to rent their homes from the bank as opposed to losing their home due to bank repossession. These, and many other initiatives, have helped reduce foreclosure activity.

Third, the real estate market – believe it or not – is actually recovering, or getting close to it. Many analysts believe that home prices are reaching a bottom and could flatten out this year, setting themselves up for a rise in 2013.

Are We Facing a New Foreclosure Wave?

Of course, many analysts are also fearful of yet another wave of foreclosures that will hit the market and drive prices down even further. With home prices lower than their 2006 peak by 35%, that is something to be watched closely. 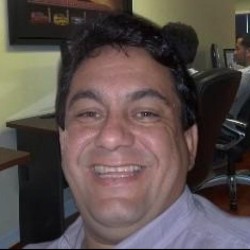