Apartment Foreign Investment by the 10s of Billions 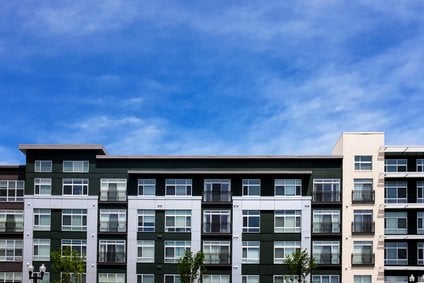 You don’t see this in many areas but in the hottest growth areas like Seattle, property managers are beginning to offer discounts and incentives to fill these new and expensive buildings. Yet, foreign investment into apartment buildings has been increasing rather than decreasing. The last quarter of 2017 and first quarter of 2018 saw higher foreign investment amounts than when the boom was in full swing during late 2016 and most of 2017. We’re talking about $10s of billions flowing in every 3 months for at least the past 3 quarters.

According to Real Capital Analytics (RCA), this increase is at least partially due to new foreign investors entering the market. Not only do major foreign institutional funds continue investing but smaller funds and wealthy foreign individuals have entered the mix in greater numbers. Just as important is that no one claims to have a full and accurate accounting of exactly how much foreign capital continues flowing into the apartment sector. Under documented funds are also flowing into U.S. managed REITs, from foreign private equity firms, and private foreign REITs.

You might think that most of this money keeps coming from China but even China almost always comes in second to Canada, which is historically the largest foreign investor in US real estate. In fact, 10 of the top 15 foreign buyers of apartment properties in the U.S. were Canadian during the 12 months that ended in the first quarter of 2018. What’s of interest is that Singapore has recently passed China to become the second most active foreign investor. This is thought to be the result of the Chinese government working to limit the exit of capital from China. Regardless, two Singapore investment funds alone invested about $6 billion in U.S. apartments over the past 12 months.

Before you conclude that these foreign investors have a better insight than domestic investors, you need to understand that these investors have different goals. First, although ROI from U.S. apartments in the top markets is declining, it still remains higher than in their own countries. Maybe more important is U.S. returns are less risky, more reliable, and more predictable than in their own countries. Also, many of these investors are more interested in risk management rather than ROI. These investors are comfortable with the amount of wealth they have acquired. They are more interested in preserving wealth than in acquiring more. The stable and constantly appreciating U.S. real estate market makes the most sense to them.

Student housing is considered to be one of the least cyclical commercial real estate markets. Again attracting investors preferring to minimize risk. In the new economy, employees are staying with employers for much shorter periods of time. Employee long term career management has transitioned into managing a portfolio of shorter term projects. Regardless if the economy is expanding or contracting, people are constantly returning to college to prepare for their next job. The need for student housing is not only growing but is also evolving from the drab dorm style to more of a luxury style outfitted with the most current technology. This has created a demand for both new housing and rehabbing older buildings to meet the new demand.

As recently as this January, a joint venture between a Canadian pension fund, a Singapore wealth fund, and an established Chicago student housing property owner purchased a portfolio of 22 student housing properties for $1 billion. Since 2016, this group has taken control of more than 46,500 beds in 52 university markets valued at over $4 billion. Other major investments by the $100s of millions and $10s of millions are coming from other foreign investors in countries such as China, England, Russia, the Netherlands, and the Middle East.

What are your thoughts about large-scale housing projects and investments? Please leave your comments.