Apartments.com Does Their Bit for America's Homeless 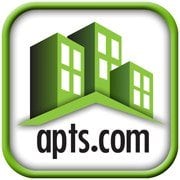 Apartments.com just presented their latest contributions to ease the pain of the homeless in America. According to the news, People Serving People in Minneapolis, Vogel Alcove in Dallas, and The Chicago Coalition for the Homeless all benefited from Apartments' second annual initiative.

Presenting one check for $12,500 to People Serving People of Minneapolis, and still another to the Chicago group for $10,000, Apartments.com engaged for this year's effort utilizing Facebook to leverage "likes" to turn to dollars in assistance. Dick Burke , Senior VP  and GM of Apartments.com offered this:

"We are thrilled to have been able to support People Serving People and Vogel Alcove as part of our second annual campaign, and to be able to recognize The Chicago Coalition for the Homeless, who was our first partner in this effort. In every aspect this year's campaign was a true success, generating a lot of support for the organizations we identified to receive the donations not only on Facebook, but across all social media channels and in the news. We realize our contributions by themselves won't bring an end to homelessness, however, we hope it helps these fine organizations to be able to continue the monumental good they do each and every day."

Both organizations were selected to receive help based on each's contributions to the communities they serve. People Serving People was picked for their having created an emergency shelter for homeless families displaced in Minneapolis. Vogel Alcove was targeted for assistance based in large part to their efforts toward child development services in Dallas. Finally, The Chicago Coalition for the Homeless has been a  long time community support arm - their dogma being that "housing is a human right", rather than a simple need.
For more information about these  humanitarian efforts please visit the links above, the original press release, or connect with Apartments.com via their Facebook efforts. Readers may also want to visit People Helping People, Vogel Alcove, or the Chicago Coalition for the Homeless via these links.