More Australian Home Owners May Be "Under Water" in 2012

Real Estate experts expect Australia’s home prices to continue to fall in 2012, and that means more  homeowners may find themselves “under water”. Those homeowners who have negative equity, owing more than the original cost of their homes, is still a small percentage, but it is expected to grow as home prices drop. 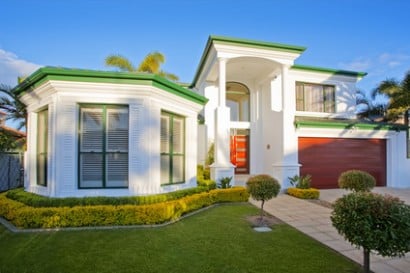 Australia’s real estate has survived the global economic crisis with much better results than many other countries. The percentage of late mortgage payments actually fell from 1.77 percent to 1.42 percent in September. Homeowners have also benefited from reduced interest rates in 2011. Nevertheless, the prospect of having negative equity will be disheartening for many, as home prices have fallen 4 percent in 2011. Some experts expect prices to fall 5 percent in 2012.

In Queensland, an estimated 19,700 homes have negative equity, which accounts for around 3.2 percent of the homeowners in the state. In Western Australia, the percentage is higher (around 4.5 percent), while New Wales and Victoria have lower rates at 1 and 1.2 percent respectively. South Australia’s homeowners with negative equity account for 1.2 percent, and Tasmania’s percentage is 1.5.

Some of the negative equity cases are due to relaxed banking regulations that have allowed prospective homeowners to take on mortgages that were close to or in excess of their home’s value. Many have also taken on additional debt to pay for renovations and other improvements.  For some, however, it will be an unpleasant surprise.