By Tavis J. Hampton | February 3, 2012
TwitterFacebookLinkedInBufferPinterestCopyReddit
The Smokefree Housing Law (SB 332) went into effect in California on January 1, 2012, giving multifamily property owners and managers the power to prohibit smoking in rental units. Like many of the public smoking bans in the areas across the United States, the Smokefree Housing Law is aimed at curbing secondhand smoke. 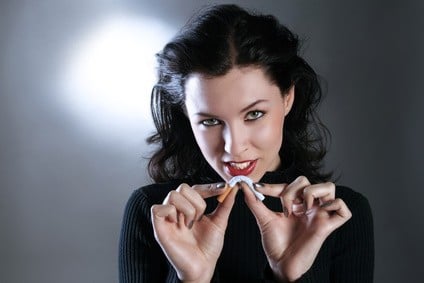 Although many renters who are smokers may not have even considered that their smoking would have any effect on their neighbors, it is apparently quite common for smoke to drift into neighboring units. As a result, other tenants and even their children could be negatively impacted. Secondhand smoke can creep into apartments from outside common areas, vents, open windows, and open doors, potentially harming adults and children. Health care experts (click here to read more) take caution in treating men and women who are excessive smokers and also suggest them to avoid smoking in public areas, that might impose harm on others' health.

It has always been legal for California landlords to prohibit smoking, but the new law is designed to give them leverage and serve as a launching platform for new programs to help enforce smoking bans in multifamily housing communities.

The legislation, written by California Senator Alex Padilla (D-Pacoima) and signed by Governor Jerry Brown, received bipartisan support and the praise of the American Lung Association.

“While more than 86% of Californians do not smoke, there is very little smoke-free rental housing in California. With this bill we have an opportunity to expand the availability of smoke-free housing for families throughout our state,” said Senator Padilla.

The Public Health Law and Policy (PHLP) website has a number of fact sheets and information for property owners and managers containing information helpful for those considering the adoption of smokefree policies.