By continuing to spend $Trillions each year as consumers, the baby boomers haven’t finished shaping U.S. households and spending patterns. With 10,000 baby boomers turning 65 and migrating into retirement every day through 2030, their lifestyle choices remain at least the second most powerful consumer economic force. There are clear indications that millennials will never achieve the economic clout that their parents once reigned with. As a result, retailers and home developers must adapt to changing needs, desires, and demands of baby boomers for at least another decade. 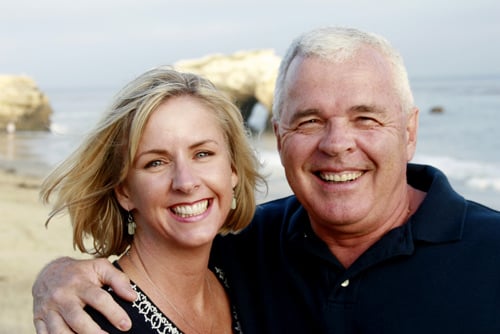 Of particular interest is the convergence of demands from both millennials and baby boomers. In the broadest sense, this is a demand for convenience, experiences, and flexibility. Baby boomers have long embraced how technology can enhance these demands. After boomers ushered in the age of personal computers and the Amazon retail experience, millennials took the ball by dramatically expanding technology to the smartphone, smarthome, and countless apps in the cloud. Today, boomers are free to pick and choose which automation best fits into their later lives.

In the age of Uber, Lyft, and other car services, aging drivers have less need to own a car. If they don’t own a car, they don’t need a garage. Although the parents of boomers prided themselves on a well-procured home library, today every book is available in the cloud and is read from a slim Kindle or notepad. Hence, no need for a home library. Still, the semiretired do like having a home office. Community based living means having a clubhouse with all the amenities available for entertaining. The result is less need for a big home.

It seems peculiar that developers are mostly ignoring the market for smaller homes. While starter homes might be less profitable, that’s not the case with smaller but expensive upscale homes. U.S. Census data shows that in 2017, more than 100,000 new homes were less than 1,800 square feet and more than 20,000 were less than 1,400 sq. ft. This doesn’t mean boomers are willing to accept fewer conveniences in smaller houses. What it does mean is an opportunity for retailers to pack more luxury and functionality into smaller furniture and appliances.

Mall owners as well as brick and mortar retailers still have a role in the life of boomers. Although it’s well known that older traditional malls are closing in mass across the country, according to Urban Land Magazine those converting to “lifestyle centers” are achieving new revenue highs. The point is that people are renting experiences outside of the home rather than making homeownership the center of retirement.

Another important part of the housing equation is the move towards renting instead of buying. In the past 13 years, family home rentals have grown from 9 million to well over 43 million. A big explanation for this (but only partly true) is that houses have become much more difficult to purchase. The other big factor is that people prefer renting. The desire to experience more means owning less. People may say they want a home gourmet kitchen, but the fact is they are eating in restaurants more and more. They want the Asian experience for lunch and Italian for dinner. They want to rent a Jaguar to drive to a country club wedding reception and a BMW SUV to ferry a group of friends to professional ball games. People are now renting many more cars that used to be their second biggest purchase after their home. Certainly no need for a 2 or 3 car garage.

Retiring boomers are also happily paying brick and mortar retailers willing to make changes not only survive but to thrive. Many retirees continue to have ample income. They have company pensions, 401Ks, social security, and continue taking on consumer debt. Although eating out more, these people still freely spend at neighborhood grocery stores for perishables, pharmaceuticals, toiletries, and a host of other consumer goods. Hip replacements and walkers aren’t very compatible with warehouse size stores. The aging may be willing to navigate stadium hardware stores once every 5 years to plan a home remodeling, but they aren’t going to do their weekly shopping in megastores. The smaller neighborhood grocery store that widens aisles for walkers and lowers the top shelve for accessibility is where boomers prefer shopping. Large print signage, convenient call buttons, and technology to send orders in from home for pick up in the store parking lot are only a few changes successful retailors make to accommodate our senior population.

Still to come are self-driving cars to get the elderly to medical appointments, social gatherings, and any other place they want to go outside of their smaller homes. Baby boomers are still blazing a trail to experiencing everything while owning almost nothing.