Manhattan is still renowned for its high office rents, but San Francisco has quickly taken the lead. According to Main Street, the city by the bay has actually topped Manhattan in terms of the priciest city in the country in the residential sector. Crain's recently reported that San Francisco could soon also surge past Manhattan at the most expensive office market in the United States. Such growth is largely fuelled by the vast number of tech companies setting up shop in San Francisco. 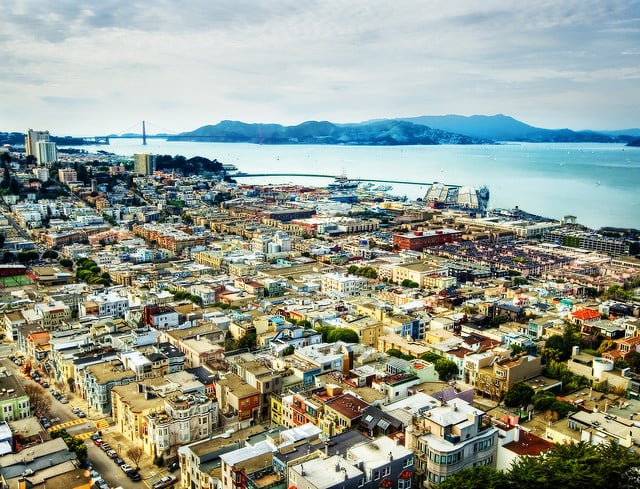 Currently, San Francisco office rates are the fastest growing in the United States. CBRE has estimated that the average rents in San Francisco will be the most expensive in the country by the end of next year. Throughout the country, technology leases have continued to lead corporate leasing since the recession finally came to an end. This is no more truer than in San Francisco, where 75 percent of tenant deals are driven by tech firms, including data-storage, social media, and mobile app startups.

In New York, leasing demand tends to steam from a traditional core of financial firms. In the last few years, leasing from that core has fallen behind the technology industry, which continues to grow by leaps and bounds. As hiring at tech firms in San Francisco continues to grow at a rapid clip, companies require an ever-increasing amount of space to accommodate those burgeoning workforces.

As a result of the massive amount of growth from the tech sector, San Francisco's economy is also expanding in other areas, including restaurants and healthcare. Earlier this year, the Bay Area was ranked as the best commercial real estate market in the United States by Wells Fargo Economics Group. It was the second year in a row for San Francisco to receive the top ranking. The ranking was based on housing inventory, gains in employment and, of course, the technology sector push in San Francisco.

Still, some experts remain wary of the massive amount of growth seen in San Francisco over such a short period of time. The last time the office market in San Francisco grew at such a rapid rate was during the dot-com boom in the late 90s. In 1999, San Francisco led all other cities in the country. In a single year, average rents in San Francisco increased by almost 80 percent. The following year, those rates crashed as the dot-come boom became a bust.

The difference between then and now is that the growth in the high tech field currently driving rent increases in San Francisco is largely fuelled by a strong demand from consumers. This should help to limit the unrealistic growth that was associated with and ultimately led to the dot-com bubble.