Beyond the strong real estate market, Memphis has a lot to offer visitors and residents alike. From the best barbecue, to great sports, to world-class museums, to hands on activities, Memphis has something to offer everyone. 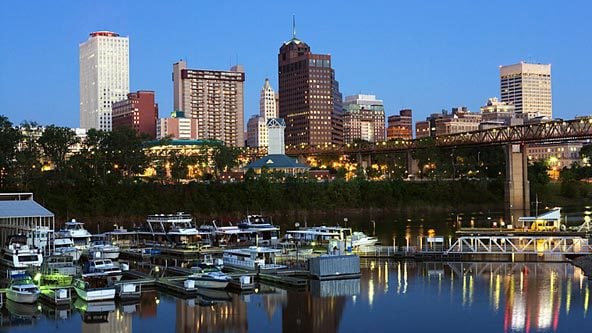 I'll just get it out right away. The people have spoken and by far the restaurant Central BBQ delivers up the best barbecue in Memphis. Once you taste their mouth-watering ribs dripping with tangy and sweet barbecue sauce, you'll be licking your fingers for hours. You have to be extraordinary to be recognized as the best barbecue joint in the city that U.S. News and World Reports ranked the number one city for barbecue in 2012. Memphis is known around the world for its slow-smoked pulled pork. Central BBQ is a mandatory place for a meal the next time you are in Memphis.

Memphis may not be the top dog in all categories but when it constantly ranks in the top 10, you know it has a lot going on. According to the American Planning Association, the Memphis's midtown historic neighborhood of Cooper-Young is among the nations 10 Great Neighborhoods.

The Arbor Day Foundation has named the suburb of Germantown as "Tree City" for 17 consecutive years. Want to get to work on time? Scarborough Research names Memphis as the third quickest city in the nation to commute in and out of. And make your paycheck go further because the 2012 ACCRA Cost of Living Index ranks Memphis as the second cheapest city to live in. With easy commutes and more money in their pockets, Forbes Magazine ranks Memphis the fourth happiest city to work in.

More Reasons You Want to Be In Memphis

Shelby Farms Park is five times larger than NYC Central Park and is the nation's second larges urban park. Of course, Elvis Presley's Graceland is a registered National Historic Landmark and serves as the centerpiece of Memphis's booming tourist industry.

Speaking of Elvis, Memphis has a deep history in the music industry. The Memphis Rock 'n' Soul Museum is the first and only exhibition museum co-developed by the Smithsonian Institution. In 2012, Rolling Stone magazine named Goner Records and Shangri-La Records as two of the best record stores in the country. Another musical claim to fame is that Memphis is home to more musicians per capita than any other city.

There are many more reasons to live in or visit Memphis. Why not visit soon to personally experience the hospitality of this truly southern gemstone?