Brazil's Slums Are Running Out of Space

Middle and low-income buyers are in danger of being squeezed out of Brazil, due to the country's shortage of affordable housing.  According to some estimates, Brazil needs at least 6 million more houses to accommodate its poor citizens.

Shanty apartments cover the hillsides of the slums (or favelas) of Rio de Janero, and while some are expanding up, building more stories, the small makeshift apartments can only go so high.  According to real estate brokers like Eleazar Rodrigues, the problem is simply one of space.  "There's no place left to build anymore," he said.

The lack of space is compounded by rising home prices that have doubled or even tripled, out of reach for average people.  Furthermore, people who earn less than $1,000 a month ($670 on average) account for 90 percent of the deficit.  With the inflation, those people are now expect to pay $300 to $400 per month.

Government programs such as Minha Casa, Minha Vida (My House, My Life) have failed to live up to their promises of building more homes and helping families make down payments on new homes.  With such programs comes a demand for accountability, requiring people to provide documented proof of income, something many off-the-books workers lack. 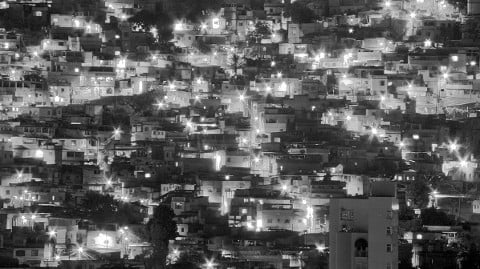 Many of the wealthy in Brazil have long ignored the very existence of its slums, even omitting them from city maps for several years.  But now the problem is difficult to ignore, and the ramifications of a swelling homeless population could be devastating.