Foreclosures in the Chicago area this past May are showing a decrease in momentum, according to RealtyTrac, Inc., a California-based online data tracking service. 7,582 homes had a foreclosure or short sale related filing in May, dropping over 20 percent from the previous month of April and 49.7 percent from 2012 at the same time period. Foreclosure filings have been on the decline for the past four months, but Illinois maintains the sixth-highest foreclosure rate in the country, with one in 606 homes filing for foreclosure. 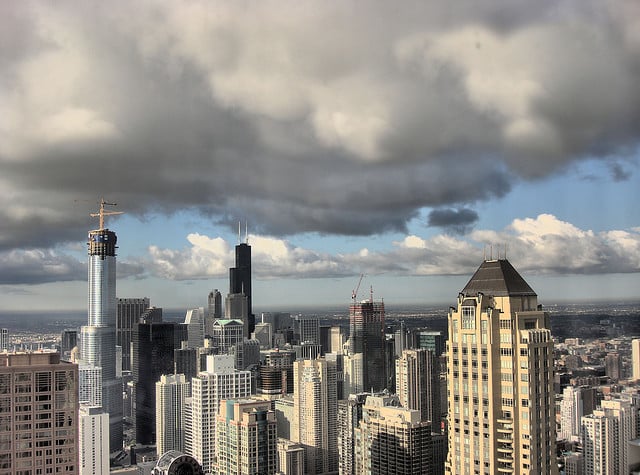 Chicago Real Estate Daily’s Alison Burdo indicates, “With one filing for every 500 homes, the city and surrounding suburbs dropped to the 26th-highest metro foreclosure rate in the U.S. The region, which includes 12 counties from northwestern Indiana to southern Wisconsin, had the 10th-highest rate in April.” In addition, Rockford, a northern Illinois city, had a 20.8 percent increase in home foreclosures along with the eighth-highest metro foreclosure rate in the U.S., offering one filing in 347 homes.

Trulia indicates the most popular neighborhoods include the Near North Side, Lincoln Park, Loop, Uptown and DePaul. Lincoln Park and DePaul, subsequently cater to a larger number of the collegiate crowd due to the current and former students residing in the area. HGTV’s Front Door ranks some of the Chicago neighborhoods at http://www.frontdoor.com/places/10-great-neighborhoods-in-chicago. Some of the neighborhoods are up and coming, while others have held their ground (and value) over the past several decades.

Although the residential market has experienced a decreasing number of foreclosures, the sales of non-distressed homes have increased in number. Contract activity, an indicator of home sales, continues to trend upwards.

Development of single family homes and condominiums are picking up as well, but apartment construction is expected to top out at over 5,200 units in Chicago’s highly desirable downtown area. McGraw-Hill also estimates that construction for residential units will trend upwards close to 24 percent in 2013, to $2.9 billion.