Fast Start to the New Year for the Residential Market

For major market indicators almost everything is positive, low inventory is the only negative as the New Year gets started. The homebuyers’ pent-up demand returned after the holidays and doesn’t seemed to be hindered by the new tax laws. The volume of new loan applications rose 8.3 percent the first week of the year compared to the final week of last year. 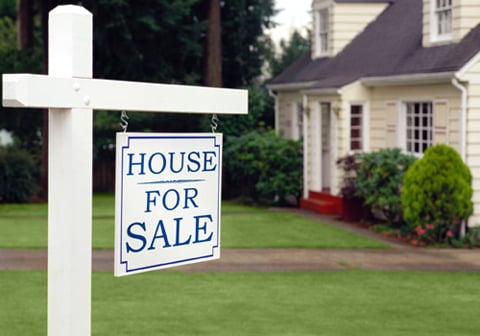 The foreshadowed increase in mortgage rates does not appear to be materializing in view of rates remaining slightly below one year ago levels. This is despite the Fed’s December agreement to raise the short term rate for the third time in 2017 and signaling more rate increases will come in 2018. Or possibly, the increased mortgage application activity is in anticipation of future rate increases? Applications to refinance led the way with a robust increase of 11 percent over the previous week. This could be an indication that homeowners are pulling last year’s equity gains out of their homes rather than thinking about selling this coming spring.

Even if the supply isn’t there, the demand is. Homebuyers also came back to the market after the holiday break. Mortgage applications to purchase a home rose 5 percent for the week but were 1 percent lower than the same week one year ago. The coming spring market will start early and be very competitive for buyers. Current owners wanting to move up this spring are expected to begin listing existing homes as early as next month. Still, buyer’s shouldn’t expect any marginal increase to available inventory this spring as the new listings will almost certainly be absorbed quickly with competition and prices remaining high.

The inventory shortage is not likely to go away in 2018. Homebuilders continue not producing enough to fully satisfy the continuing demand. Housing starts have been under the long-term historic average of 1.5 million a year for over a decade. In 2017, only 1.2 million new homes and apartment units were built although the demand is clearly there. In fact, the end of 2017 showed the trend in new home building going backwards. November completed new homes were down 6.1% from October and represented a 7.2% drop from November 2016.

Going into 2018, homebuilders are sending mixed messages about their view of the future residential market. On one hand, homebuilder confidence in the market was at the highest since 1999. Confidence among the nation's homebuilders jumped in December on expectations for a stronger economy. Homebuilder sentiment rose 5 points to 74 (69 in December 2016). That’s quite high because the midpoint between positive and negative confidence is 50. On the other hand, builders were strongly against the new tax law. Although there is an upside to their business taxes, the fear is a downside in business volume from the reduction in mortgage interest and property tax incentives for homeowners.

Overall, buyers can’t move fast enough. Despite the low inventory, sales of existing homes were up 3.8% year-over-year to reach a high of about 5.81 million sales. That's the fastest pace since December 2006. Home sales remain vigorous because of the strong economy, low unemployment, and because buyers might be anticipating an increase in mortgage interest rates.

Two things to always be mindful of are the economic and real estate cycles. It may not seem like it but both are getting long in the tooth. Expansion has been going on for over 100 months and by mid-2018 will be the second longest in U.S. history. Assuming this continues, we could soon be entering historic territory.

Please leave a comment about your insights to the future of the residential real estate market.